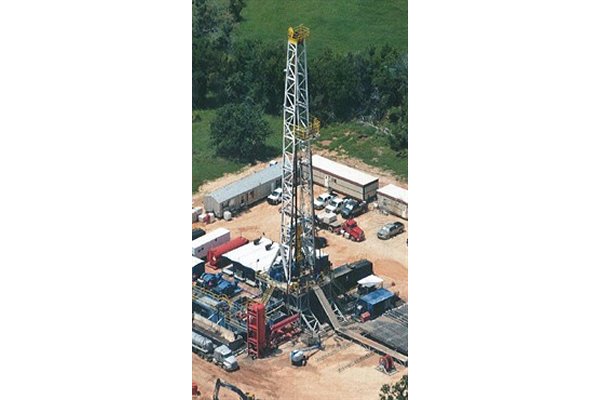 The worldwide energy sector has accelerated the development of its unconventional oil and gas resources through increased use of horizontal drilling and hydraulic fracturing practices. Water is an essential element in the fracturing process and the recycling or reuse of spent water can dramatically reduce costs. The volume of water required to fracture a well varies, but it generally ranges from one million gallons to five million gallons. Operators face difficult challenges securing water sources for their operations, especially already dry regions. Furthermore, the management of waste water associated with hydraulic fracturing has an environmental impact and associated cost. The development of technology to recycle and reuse this water is now becoming critical and Anguil Aqua has integrated solutions to help. We have developed an effective water recycling system that allows well operators to safely reuse water without jeopardizing well output.

Water generated during drilling, well completion, and production is categorized either as flowback or produced water. Flowback water is the initial fluid produced after hydraulic fracturing and is typically recovered during the first six weeks of well production. The flowback water characteristics stem from the initial source water, the natural formation brine, fracturing fluid additives, proppants, and drilling fluids. Generally, 20-40% of the fracturing fluid volume is recovered as flowback. Produced water is the water which naturally exists within shale formation and is recovered concurrently with oil and gas. After the initial flowback period, produced water resembles the characteristics of the formation brine. The volume recovery rate of produced water is lower in comparison to the flowback, but occurs over the decades of a well's lifetime. Currently, the majority of flowback and produced water is disposed of in salt water disposal wells.

Recycling and reuse of flowback and/or produced water reduces fresh water demand and the associated costs of water purchase, transportation, and disposal. In contrast to the usual practice of complete disposal, a portion of the flowback is treated for reuse either onsite or at an adjacent well. The primary economic benefit from recycling is a significant reduction in the number of truck loads required to ship fresh water to the well site and the flowback water offsite. Environmental benefits include reduced reliance on and competition for fresh water sources, a reduced carbon footprint from trucking, and less stress on the local infrastructure.

Treatment requirements for flowback and produced water are normally established by the company performing the well completion. Knowledge of the fracture fluid employed is required when considering the recycling methodology in order to identify the required treatment characteristics. Two common fracturing fluids are slick water and gels. Slickwater is normally used for natural gas production, whereas gels are often deployed for oil field development.

Previously, the high levels of Total Dissolved Solids (TDS) in produced water were thought to render it unusable. However, well service companies have demonstrated that moderate TDS levels in recycled water do not impact well production capacity. Hence our solution is to focus on the minimization of Total Suspended Solids (TSS) and, overall reduction of bacteria and other contaminants affecting the fracturing fluid additives.

Of the many approaches to the minimization of TSS, the Anguil solution is a ballasted flocculation system. Similar systems have been successfully employed to treat drinking water as well as municipal and industrial waste waters containing many of the same contaminants found in flowback and produced waters.

The diagram below depicts the flow pattern for the clarification process. In the first tank, the raw water or influent is combined with a coagulant, commonly ferrous sulfate, ferric sulfate, ferric chloride, or alum. The coagulated influent then passes into the flocculation tank where a polymer and a ballast material such as microsand, iron oxides, or chemically enhanced sludge is added. Coagulation and sedimentation times are reduced by the addition of chemical additives and the ballast material. After ballast and polymer additions, the flocculated water then proceeds to the third tank where additional mixing occurs, allowing the floc to coalesce into larger precipitates. The matured, flocculated water proceeds to the clarification tank where the floc is separated from the water by passing through plate or tube settlers. Clarified water then exits from the top of the system.

Settled floc and ballast material are collected an...

Settled floc and ballast material are collected and pumped to the ballast recovery unit where the ballast is separated from the waste solids.  The waste solids are sent to disposal and the recovered ballast is returned to the first flocculation tank. We can provide treatment systems which help improve injection facilities operations and maintenance, reducing injection pressures and minimizing acid jobs by keeping your wells from fouling. Furthermore, our solutions include treatment options to enhance your oil recovery and treat for hydrogen sulfide control.

As a member of the Gas Processors Suppliers Association, Anguil is heavily invested in industry’s success and future. Countless air pollution control installations at natural gas processing and petroleum refining sites gives us the necessary knowledge to address your water treatment needs safely, effectively and within your demanding production schedules.

No reviews were found for Frac Water Reuse Technologies. Be the first to review!