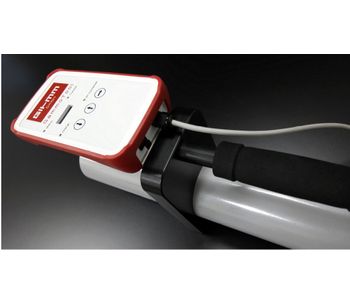 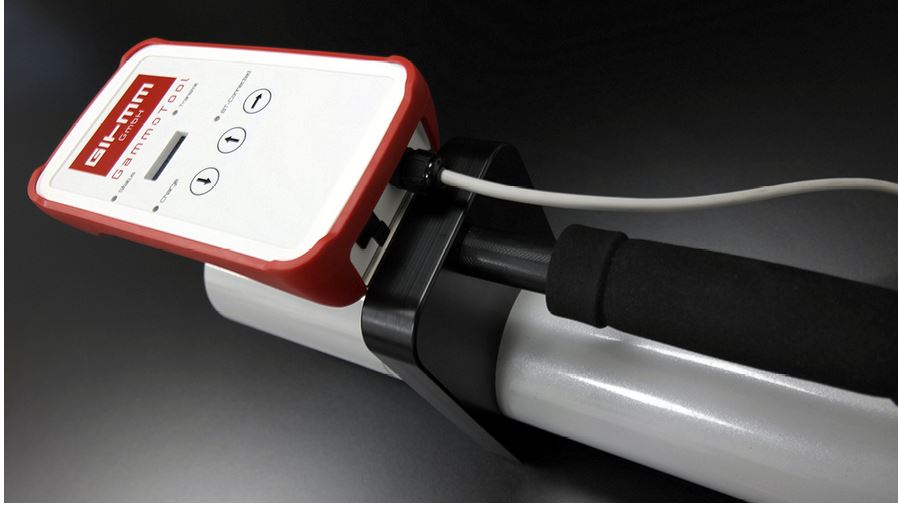 With GAMMO, we have met the customer's request for an upgrade of our RS04 gamma probe and our GSP02 gamma spectral probe for mobile applications, such as in-situ isotope identification. Gamma Probe RS04: Detector for measuring the radioactivity of gamma radiation. Gamma-Spectrum Probe GSP02: Detector for measuring radioactive nuclides (radioisotopes). The newly designed product group GAMMO gamma ray detectors for the identification and evaluation of radioactivity is now perfectly suited for mobile use.

GAMMO – is modular
The sophisticated GAMMO concept behind it allows our users either to use a gamma probe RS04 or to upgrade a stationary detector, which is used for example for a radiation monitoring system, step by step with GAMMO to a mobile detector – without having to buy one new gamma probe RS04.

GAMMO – makes you flexible
In addition, the same components from GAMMO can be used in the same way for our gamma-spectrum detector GSP02 and COMO Contamination Monitor – thanks to their compatibility – that makes you flexible – for many applications.

GAMMO APP – informs and stores
With the GAMMO APP, which runs on any Android device (smartphone, tablet), you will receive the measurement results via Bluetooth from the GTD1 acoustically, visually and graphically.

GAMMO Portal – networks, manages, locates and documents
Our GAMMO portal, a WEB application, connects up to 10 stations and shows you time and geo-stamps:

We are also a calibration laboratory, which is a certified testing laboratory and can therefore inspect any radioactivity meter.

COMO – Measurement on-site without power connection
With GAMMO, you can not only use COMO in fixed locations where power is available, but also where you actually want to measure. For example, COMO can be used directly in production without having to visit the company's own laboratory.

No reviews were found for GAMMO GAMma - Mobile Radiation Measuring Probes. Be the first to review!