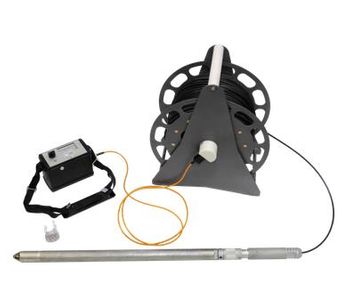 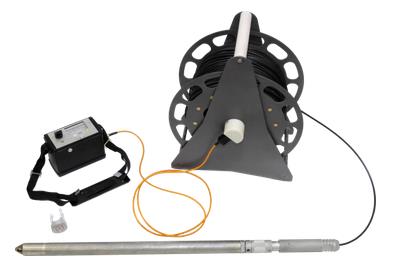 Borehole scintillation radiometer SRP-20 − the most advanced version of well-known logging radiometers SRP-97K and SRP-68-02/03 and their analogue in terms of functionality and application. The device is designed to conduct gamma-ray logging in wells up to 300 m depth and drillings. The borehole and hand-held (analogue of SRP-68-01, SRP-88 and SRP-97) versions are in series production. When conducting gamma-ray logging, a continuous curve or chart is recorded, which displays the intensity of gamma radiation in µR/hr. Due to natural absorption by host rock, ionizing radiation from rocks and objects within a radius of up to 30 cm from the scintillation detector is recorded.