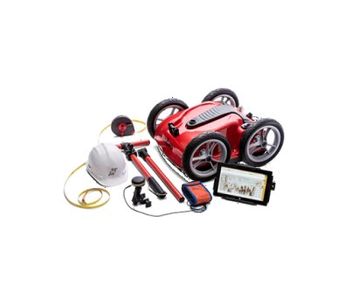 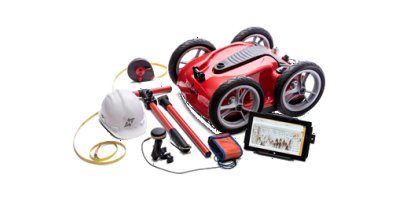 The COBRA WIRELESS GPR collects data from hundred thousands of pulse reflections each second to help researchers identify objects below ground. It works in a multi frequency band from 100 to 900 MHz, thus replacing 2-3 antennas with different frequencies used by other and older GPR systems.

DEPTH PENETRATION
The depth penetration depends on frequency, water content and material conductivity. The typical penetration with Cobra Wireless GPR is 1,5-4,5 m. The maximum penetration is 10 m or 500 ns.

The COBRA WIRELESS GPR Mixed or Blend Mode combines high resolution near surface data with deep target data in one single view. With this method both channels are combined in one single data file using the full bandwidth of the GPR, 100-900 MHz.
This is our recommended method compared to using 2 separate files, one for shallow and the other one for deep data

COBRA WIRELESS GPR perfectly fineuited for flat open areas, moderate terrain and rugged locations.
This GPR is perfect for high speed surveys of roadand railways thanks to aircoupled performance.
A multitude of different mounting options for vehicles makes your surveys possible in almost any way imaginable.

No reviews were found for GEORADAR COBRA WIFI - Model GPR 2ch 250-500MHz - Locator. Be the first to review!