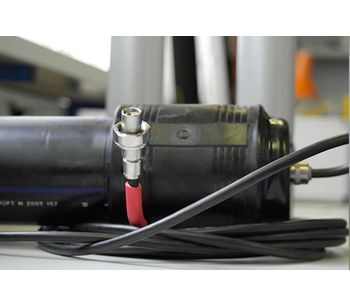 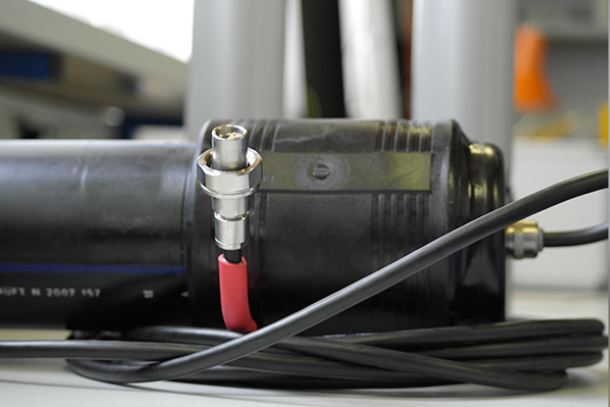 Spectroscopic detection of gamma radiation and isotope identification (nuclide analysis). Our GSP02 Gamma Spectrum Detector is a Scintillator Radiation Detector for measuring the Nuclid Specific ambient Dose equivalent and, due to the possibility of incorporation, various scintillators, such as NaI(Tl) or Labr3(Ce), provide the appropriate configurations to the requirements. Its ruggedness, reliability, measurement sensitivity and accuracy due to the large measurement range and its ability to operate in a very wide temperature range make the Gamma Spectrum Detector GSP02 the ideal instrument for gamma-ray spectroscopic detection and in situ isotope identification.

The possibilities of the 'All in On' gamma spectrum detector GSP02

The 'All in On' gamma spectrum detector, type GSP02 includes a NaI(Tl) or LaBr3(Ce) scintillator (others on request) with digitally regulated HV amplifier, 1k MCA, continuous automatic energy calibration in the full temperature range, communication via RS232/485/422, USB and Internet.

The following measurements can be carried out:

For maximum reliability, our GSP02 uses continuous automatic power and efficiency calibration via a built-in 40K source to prevent false data and alarms.

Scintillator detector
The GSP02 can be configured to suit virtually any requirement by selecting NaI(Tl) or LaBr3(Ce) or other scintillators of various sizes. Compared to HPGe scintillators it is cheaper, more user-friendly and much smaller in size and weight. The GSP02 provides very good and above all fast results with only a small reduction in results compared to an HPGe scintillator and is therefore the first choice for many applications.

Large measuring range
This allows the gamma spectrum probe GSP02 to detect even low concentrations of artificial nuclides. This is important for the early warning function of online surveillance systems in the event of nuclear incidents.

Robustness
Due to the wide temperature range of –30°C to +60°C and a solid IP67 aluminum housing, the gamma spectrum detector GSP02 is ideally suited for indoor and outdoor use. For use in maritime applications, the probe is additionally installed in a pressure- and seawater-resistant housing in accordance with IP68 protection.

A powerful online data sensor
Whether it's the RS232, 422, 485 or Web interface, the RS04 gamma probe provides real-time data 24 hours a day, 7 days a week, 52 weeks a year, even every second! In addition, our USB converter offers the possibility to connect the gamma spectrum detector GSP02 to any standard PC with USB interface. The interface converter also serves as a power supply. With our included GSPView software, you can view the ambient dose equivalent and Spectrum on any standard Windows PC or notebook (Windows 7 upwards).

Contamination Monitor
Contamination Monitor: The incorporation of the GSP02 in our COMO Contamination Monitor enables fast measurement of foods such as mushrooms, milk and venison, which still contain impurities from the Chernobyl accident – eg. Cesium-137 – especially when imported from Eastern European countries. Also, additives for the food industry (spices, essences, etc.) from countries that do not meet the high European standards, can be checked for possible radioactive contamination. This measurement can prevent very high costs and image loss if these additives are not used in food processing.

The buoys can autonomously detect the radioactivity in

24 hours a day. In particular, this allows monitoring of countries operating their nuclear power plants near the coast or monitoring by their neighbouring countries.

No reviews were found for Gihmm - Model GSP02 - Gamma Spectrum Probe. Be the first to review!