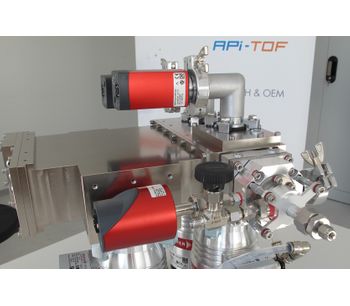 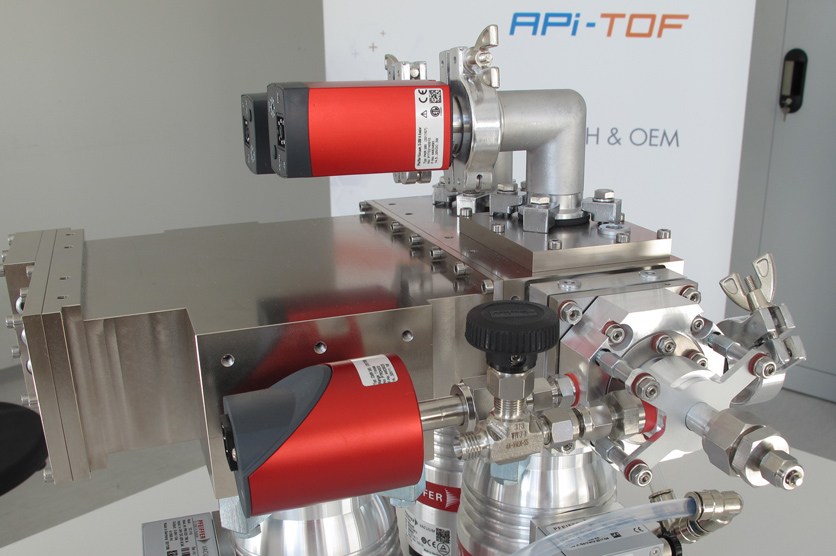 From Time-of-Flight Mass Spectrometers for Research and OEM

Based on the modular ioniTOF-MS platform and hexapole ion-guides. A Novel Atmospheric Pressure Interface Time-of-Flight (APi-TOF) Instrument for Simultaneous Detection of Positive and Negative Ions.

The novel IONICON 'ioni'APi-TOF is a modular and flexible, compact and robust set-up consisting of one or two interconnected APi-TOFs used in parallel (for simultaneous positive and negative polarity) featuring the advanced IONICON hexapole ION-GUIDE technology. Our new APi-TOF platform is a very attractive instrument for gaining new insights in science, enabling:

Thus, particularly in atmospheric chemistry and environmental research important data will be inevitably lost if the ions do not match these parameters.

The ioniAPi-TOF atmospheric pressure interface consists of a critical orifice for contact free sample introduction, two hexapole ION-GUIDEs for high ion transmission efficiency over a broad m/z range and a high performance pump for high sample throughput. This interface is coupled to an orthogonal TOF analyzer equipped with an ion mirror for increased mass resolution.

The ioniAPi-TOF is optionally available as a system where both polarities of the TOF-MS, positive and negative, are enabled in parallel. Therefore, there is no need to switch or sacrifice valuable data. Two virtually identical versions of this setup with opposite polarity are integrated in one compact instrument so that ions with both polarities can be detected simultaneously. Alternatively the user can operate both systems independently and benefit from a very advantageous offer for the ioniAPi-TOF set-up.

Another advantage is that the ioniTOF is designed as a modular and flexible TOF-MS platform that allows you to choose the mass resolving power you need and also upgrade to higher resolution if you feel the need at a later stage of your experiments. Discover the ioniTOF ecosystem!

No reviews were found for IONICON - Model APi-TOF - Atmospheric Pressure Interface Time-of-Flight Instrument. Be the first to review!