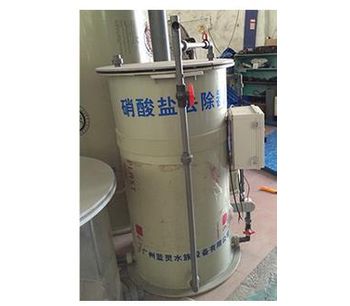 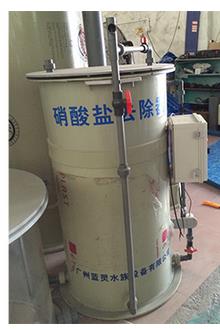 According to the advanced technology of biological enzyme treatment in the industry, the nitrate in water can be removed by combining equipment and special filter materials.

It is very important to control the concentration of ammonia nitrogen and nitrite effectively in aquaculture, especially in pond farming or factory recirculating aquaculture. These substances can poison aquatic animals beyond a certain concentration, causing fish and shrimp to swim, float and even die. But in the process of farming, feed and animal feces are constantly added, which are decomposed into ammonia and nitrite under the action of decomposition bacteria. Through the action of microorganism such as bacillus bacillus and nitrifying bacteria, ammonia and nitrite are transformed into nitrite. In general, nitrates are not toxic to aquatic animals at very high concentrations. Especially freshwater varieties. However, when the concentration of nitrate remains high and the water is short of dissolved oxygen, some nitrate will reverse reaction and become nitrite again. This is also the main reason why nitrites tend to rebound in high-density aquaculture or industrial aquaculture.

Nitrates in water can be converted into nitrogen to escape from water by the combination of compound bacteria, multifunctional enzyme and bio-enzyme additive. This completely removes nitrogen from the water. Accelerate the conversion of ammonia nitrogen and nitrite into nitrates. Thus creating a good growing environment for aquatic animals.

The nitrate remover is a new water treatment equipment developed and tested by lanling water treatment equipment for many years, which is based on the experience of domestic famous aquaculture experts and first-line farmers. It can remove nitrates in aerobic aquaculture and escape from water in nitrogen form. This technology is in the absolute leading position in the industry.

No reviews were found for Lanling - Nitrate Remover Filter. Be the first to review!