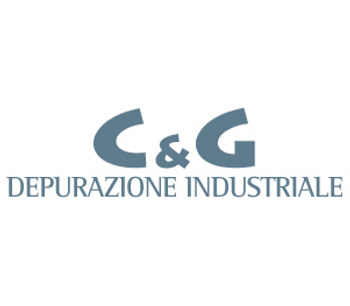 Leachate is a product derived from the anaerobic transformation of the organic substances present in the waste. It is a liquid with different levels of pollutants present, the form and quantity of which will depend on factors such as the type of landfill, and the quantity of rainwater which filters through the landfill, mixing with the humidity of the waste itself.

Due to the high level of pollution present the leachate has to be contained and treated so as to avoid the pollution of the water table or of the environment.

The leachate is highly variable from a qualitative and a quantitative point of view, both from one landfill to another, and within the same landfill, due to the fact that the concentration and flow are both closely connected to values of atmospheric precipitation.

There are only a few techniques used for the treatment of the leachate. and the physical applications which allow the 'clean' water to be separated from the raw leachate are those most frequently applied.

An example of this is the landfill at Roccasecca (Italy) where the C&G vacuum evaporators have been applied to form an integral part of their highly organised structure.

The treatment of the leachate includes a system of evaporation, followed in this specific case, by a biological treatment linked to a system of osmosis.

C&G Depurazione Industrials was responsible for the vacuum evaporation plant: the design and working of the ME 30000 systems.

The plant  is located inside a warehouse  of about 325  sq.metres. which also contains the biological   plant   for   post-treatment   of  the distillate.

The type of machine used by The C&G is ME 30000. a three stage plant winch treats 30 cu metres of leachate per day. with a concentration factor of about 5-6 times.

The dimensions of the landfill and the climatic conditions in the zone required the installation of 5 of the C&G ME 30000 evaporators, to allow a nominal leachate flow of 150 cu metres to be treated per day. The presence of ammonia and chlorides reduces the possibility of excessive concentrations (6-7 times) and means that pre-treatments such as ammonia stripping and acid adjustment are necessary.

The treatment system of the leachate is in fact divided into three stages: a pre-treatment stage where the liquid passes through a focculator. a stripping tower and a tank for acid adjustments: a evaporation treatment stage where the water is separated from the polluting agents: and a biological system as the final stage to bring the parameters of the distillate within the limits for discharge.

The plants are fed using the heat developed by the MAD post-comb us tors which yield heat to the water through a system of heat exchangers. The water is sent at the desired temperature to the evaporators in parallel through a common manifold.

The condensation stage is guaranteed by the circul...

The condensation stage is guaranteed by the circulation of cold water kept at the correct temperature with a series of 5 evaporation towers. The towers are each furnished with independent two speed fans so as to guarantee the most constant temperature possible.

The leachate from the landfill is stored in a series of tanks placed near the evaporators. It is taken from here and first sent to a flocculator. before being sent to another tank where the acid is adjusted in order to reduce the development of ammonia gas during the evaporation stage. This is to avoid the formation of a 'cap' near the chimney which would hinder the distillation process. The formation of ammonia during distillation can in fact be avoided using two different procedures: stripping the ammonia from the liquid to be treated using an apposite stripping tower, or sending the effluent to the boiling chamber at a low pH.

In the case of the landfill under question the second solution was preferred. An automatic pH control of the input effluent avoids the risk of any corrosion of the material present in the evaporator.

The evaporator used is the ME 30000 model, which is a three stage system fed with hot water. This system was preferred to single stage piano in order to reduce the thermal consumption of the distillation process. The boiling temperature of a solution is not only a function of its composition but also of the pressure. In particular, the boiling temperature increases with the pressure (due to the increase in the steam tension) and with salinity (for ebulhoscopy).

In order to allow concentration of particularly saline solutions, evaporation takes place in a vacuum (up to -50 rnbar).

The three 'stages' installed are kept at different pressures by apposite vacuum pumps. In this way it is possible to obtain boiling at decreasing temperatures.

The heat necessary to remove the water fiorn the product to be concentrated is supplied using a steam or hot water generator.

The cooling water needed for the condensation of the steam is supplied by an evaporation tower.

The hot water feed is sent to the heat exchanger in the first stage.

The passage of hot water allows the evaporation of the solution to be treated which is contained in the boiling chamber in the 1st stage.

Steam is generated in this stage which is used for the evaporation of the solution to be treated in the 2nd stage.

In the same way the steam developed in the boiling chamber of the 2nd stage is used as the means of heating for the heat exchanger in the 3rd stage.

The steam developed in the boiling chamber in the 3rd stage is condensed in the heat exchanger *'E4' with water fioin the cooling tower.

The distillates are collected in a liquid state on the plates in the three boiling chambers, and sent from here to their respective accumulation tanks.

The system is kept under a vacuum by three apposite pumps. These evacuate the air present in the boiling chambers by sucking in from the distillate accumulation tanks, thus keeping the three stages at an optimal degree of vacuum

In order to reduce the number of tubes used to a minimum, the evaporators have been aligned above the input manifolds for hot water, cold water, effluent input, discharge distillate and discharge concentrate. The machines work independently one from the other, allowing the use of only the machines needed at a certain moment to be able to adjust easily to differences in flow, and therefore reduce electric energy consumption to a minimum.

The distillate produced is then sent to a system of biological treatment.

The concentrate is stored in tanks and then poured back into the landfill where it helps the process of waste degradation.

The data indicated in this table refer to the resu...

The data indicated in this table refer to the results of lab tests carried out at C&G Depurazione Industrials on the leachate which lias to be treated and to the end distillate produced. The leachate is therefore in a well defined situation and cannot be regarded as an average value. As previously stated, the characteristics of the leachate are very variable and strongly dependent on the season and meteorological factors.

No reviews were found for Leachate Evaporation System. Be the first to review!