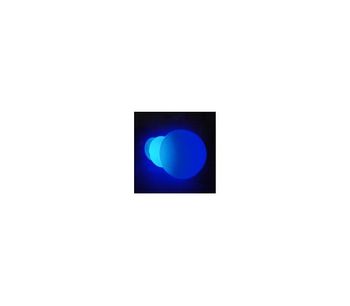 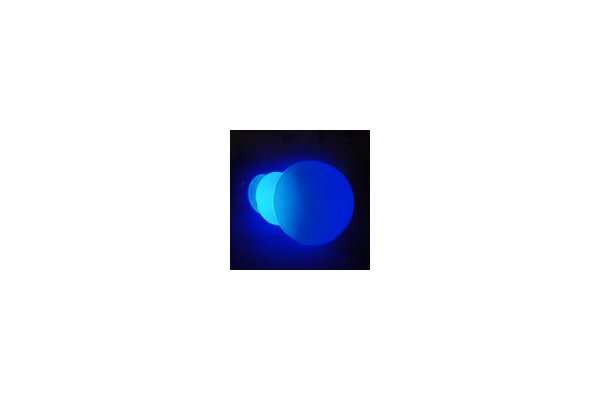 From Detectors and Visualization Systems for Spectroscopy

Photomultipliers offer high gain, low noise and fast time response. They are among, if not the most popular and widely used detectors for spectroscopy. It makes sense then, to detect vacuum ultraviolet radiation with a photomultiplier tube. But photomultiplier tubes cannot detect very short wavelengths by themselves. Their glass or quartz enclosure limits the response range. Addition of a scintillator is one method to easily sensitize a PMT for shorter wavelengths (to at least 30nm).

Sodium salicylate is the most popular scintillator we use today. Sodium salicylate has excellent fluorescent efficiency, nearly constant response in the 30 to 300nm spectral region, is easy to prepare, and does not affect vacuum pressure. Stability of fluorescence efficiency is excellent over time in vacuum systems with clean dry vacuum pumps. We have systems in the field using it for more than twenty years with continued good operation. It is our first choice for preparing photomultipliers for spectroscopy in the vacuum ultraviolet.

More about Scintillator for VUV Detection

The coated sodium salicylate layer is mechanically fragile. Do not touch or contact it in any way. Sodium salicylate dissolves readily. Do not wipe or splash any liquid near the coated layer. Mechanical or liquid contact will likely ruin the scintillator coating.

Relative QE and Emission traces from:
Techniques of Vacuum Ultraviolet Spectroscopy, by J.A.R. Samson, Pied Publications 1927 South 26 Street, Lincoln Nebraska
This book is out of print and may be available at a used bookseller. The newer expanded paperback edition may be easier to find:
Vacuum Ultraviolet Spectroscopy / Edition 1 by James A. Samson and David L. Ederer

Relative fluorescent efficiency of sodium salicylate between 90 and 800 eV
The relative fluorescent quantum efficiency of sodium salicylate was measured between 90 and 800 eV (138-15 A) by the use of synchrotron radiation. A general increase in efficiency was observed in this spectral range except for abrupt decreases in efficiency at the carbon and oxygen K-edges. Beyond the oxygen K-edge (532 eV) the efficiency increased linearly with the incident photon energy to the limit of the present observations.
G. C. Angel, James A. R. Samson, and G. Williams

No reviews were found for McPherson - Scintillator for VUV Detection. Be the first to review!