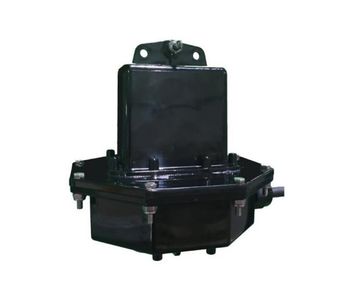 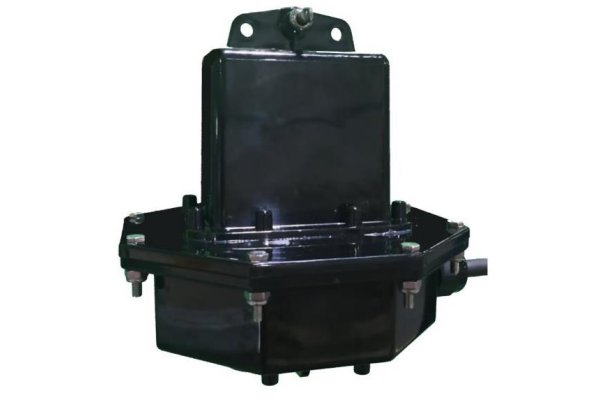 The Mezzo-DB, is a state of the art ultrasonic device for algae and biofilm control. The Mezzo (Bi-Directional) - DB (Dual Bandwidth) offers features not found before in these types of devices. The bi-directional sound output is achieved with just one piezo sound emitter that operates in two different bandwidths for better control of green algae and diatoms in the lower bandwidth and blue-green algae in the higher bandwidth.

The 2020 Hydro BioScience Mezzo-DB ultrasound unit is the leading product on the market for non-chemical algae control for small applications such as small irrigation ponds, basins, tanks and clarifiers. Helpful in preventing biofilm growth, the  Mezzo-DB™ helps to reduce pH, TSS and manual labor for cleaning basins and clarifiers. The transducers do not create any cavitation. There are no effects to other organisms such as bacteria, zooplankton, fish or other aquatic life.

With over 17 years of experience matching ultrasound technology products with customers, SonicSolutions Algae Control has seen great success in the reduction of over 95% of varying algae and up to 99% of diatoms in water across the globe. This reduction prevents new growth and is an effective non-chemical option to promote a more sustainable and healthier environment.

Whether you know what type of algae is invading your water or you would like to learn more about how ultrasound technology can help you stay compliant with EPA and government regulations and permits, here is how SonicSolutions Algae Control (SSAC) can help.

The first step will be to determine what challenges you are currently experiencing. If algae tests have not been run yet on your water, SSAC offers testing to establish the genus of algae. Factors like size, shape, depth, location and availability of electric will help determine the right Hydro BioScience® product to best fit your needs.

How Does Ultrasound Directly Affect Algae?

Ultrasound was introduced for algae control in the late 1990’s, when a Belgium tulip grower wanted a non-chemical way to treat their irrigation source for watering their flowers. In their research, they found that specific ultrasound frequencies used underwater were able to breakdown microscopic and single-cell algae, preventing growth, reproduction, and regrowth, in their irrigation source. By preventing algal growth, the irrigation lines remained clear and no chemicals needed to be used.

Fast forward 20 years, and ultrasound has been widely used in various pond, tank and reservoir applications across the world in over 100 countries. Ultrasound technology can now effectively treat areas as large as 120 acres with a single ultrasound transducer, for the blue-green algae type. Through many generations of ultrasound products from a small, select number of manufacturers, ultrasound is quickly becoming the go-to non-chemical alternative for algae control.

Soundwaves are emitted from the transducer head (apparatus that sits under the surface of the water that converts electrical energy into sound (mechanical) energy, inaudible to the human ear (ultrasonic)). These ultrasonic soundwaves, of over 2000 varying frequencies, hit the harmonic value of the single algae cell, causing internal wall damage via structural resonance. Like an opera singer, who can shatter different sized and shaped crystal glasses with their voice. The frequency of the glass can be found by ringing it and when that frequency is sung back to the glass it reverberates with increasing intensity and breaks. Ultrasound works much in the same way in algae cells breaking internal walls or by cracking gas vesicles.

When the algae inner cell wall is torn, internally pumped fluid flow and internal pressure is disturbed causing collapse of the inner cell wall and loss of nutrient transfer. This causes loss of viability in Green algae and Diatoms in 3-4 weeks. In Blue-Green cells, gas from broken gas vesicles migrate to and diffuse out through the outer cell wall making it heavier than water in 3-4 days. Sinking out of light prevents it from further growth due to limited access to sunlight.

In essence, ultrasound is effective in preventing the algae from growing, eating and reproducing, starves the cells, which then sink to the bottom of the water application, and die off. It is important to note that, for detected HABs, ultrasound does not lyse the outer cell wall so residual toxins will not be released. Most Blue-Green generated toxins are made of groups or amino acids and supply the cell or colony with needed Nitrogen. Once out of light, it cannot generate more of these toxins. Ultrasound technology for algae control is a 24/7 solution. The ultrasonic transducer head, which runs on just 44 volts, and draws only 11 watts of power, is placed in the middle or on the edge of the water body (depending on size and shape). The units are line-of-sight technology, therefore for any irregularly shaped bodies of water, multiple units may need to be installed. For maximum results, the entire water body would need to be treated.

Things to Keep in Mind

Ultrasonic waves targeting algae is a lengthier process than other chemical methods. Whereas you can see more immediate results from using a chemical solution, ultrasound is a slower, more permanent process. Be aware that ultrasound is not effective on all types of algae. For instance, ultrasound is not effective on macroalgae, or plant-like algae. The branching nature of the algae creates a natural defense mechanism that ultrasound cannot penetrate and disrupt. It is recommended that an algae identification be performed prior to installation to determine genus of algae in the water.

Lastly, as with most other solutions, ultrasound should be considered a “tool-in-the-toolbox”, and not a silver bullet solution. Like anything in nature, ponds and their water are ever changing, along with the surroundings, weather, run off and nutrient load. Sometimes a multi-faceted approach needs to be taken for optimal results. An example is called a Water-Trifecta®, where aeration, ultrasound and beneficial bacteria are all used simultaneously for overall health of the pond.

How SonicSolutions Algae Control Can Help You

The steps to determining if ultrasound is the proper treatment for algae in your water:

Biofilm is that slimy, usually clear substance found on hard surfaces sitting in water. It can be found in swimming pools, on the sides of basin and tank walls, or on the bottom of boats. How biofilm is formed, and therefore prevented, is a complicated process, but once ultrasound is introduced, the results are remarkable.

How Biofilm Forms
Biofilm forms primarily from initial bacterial layers and then colonized by algae and other organisms. It is greatly reduced in the presence of ultrasonic waves as the ultrasound causes the bacteria to sense turbulence in the water, a place they naturally avoid.

Using Ultrasound to Prevent Biofilm
In cooling towers, interruption of the biofilm colony by ultrasound has been shown to reduce Legionella count and in water tanks, use of ultrasound reduces the amount of chlorine residual needed to maintain the water disinfection. This is due to reducing the biogrowth on the tank inner surfaces.

More about Ultrasonic Device for Algae and Biofilm Control

No reviews were found for Mezzo-DB - Ultrasonic Device for Algae and Biofilm Control. Be the first to review!