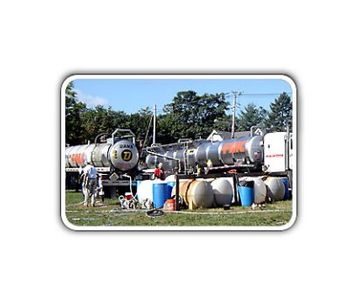 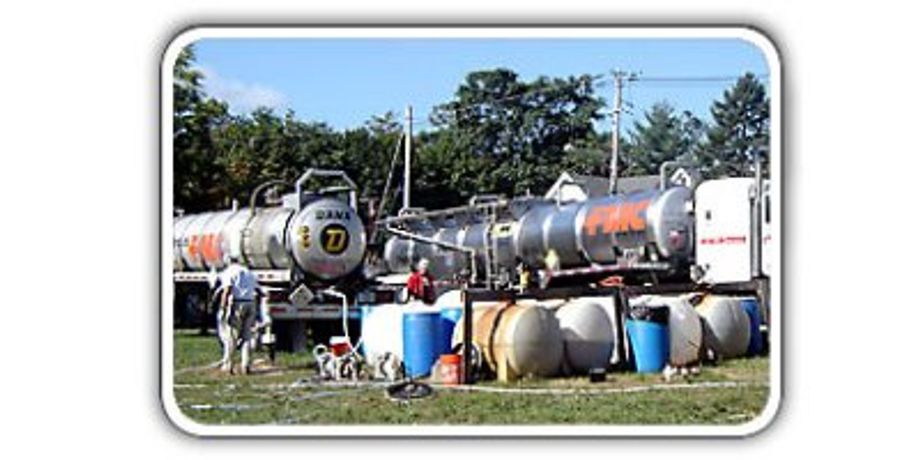 ISOTEC's modified Fenton's in-situ chemical oxidation (ISCO) process is based on the fundamental principles of Fenton's chemistry. H.J.H. Fenton first demonstrated the use of Fenton's chemistry in 1894 by oxidation of tartaric acid using a soluble iron-catalyzed decomposition of dilute hydrogen peroxide under acidic conditions. The modified Fenton's process was developed with the fundamental goal of enhancing in situ treatment of soil and groundwater contamination using Fenton's chemistry while mitigating the negatives associated with application of Fenton's reagent in its conventional form (such as acidic pH, limited catalyst mobility, etc). The process generates powerful free radicals when the catalyst reacts with hydrogen peroxide.

The principal chemical reaction associated with the modified Fenton's process is provided below:

In addition to the initiation reaction (1) described above that produces hydroxyl radical oxidants, the modified Fenton's process also produces superoxide radical and hydroperoxide anion reductants by additional chain propagation reactions described below. The perhydroxyl radical is known to be a weaker reductant compared to superoxide radical and hydroperoxide anions.

The co-existing oxidation-reduction reactions associated with a modified Fenton's process promote enhanced desorption and degradation of recalcitrant compounds. These include compounds such as carbon tetrachloride and chloroform, which were previously considered untreatable by Fenton's chemistry.

WHY USE MODIFIED FENTON'S REAGENT?
ISOTEC's modified Fenton's Reagent is quickly emerging as the leading remedial technique of the 21st century. However, if you are familiar with how conventional Fenton's is most often applied, using strong acids and high reagent concentrations under pressure, then you are familiar with its shortcomings, often including incomplete treatment, explosive reactions, organic vapor generation and contaminant migration.

As compared to conventional Fenton's Reagent, which require acidic conditions (pH~3), ISOTEC's modified Fenton's Reagent process is effective at neutral (pH~7) conditions. This is an important consideration in full-scale application, since acidifying an aquifer is typically impractical. Additionally, the production of superoxide, which is the driving reaction for contaminant reduction and desorption, is inhibited at acidic conditions.

ISOTEC uses patented reagents designed for neutral subsurface conditions and efficient hydroxyl radical and superoxide generation. ISOTEC's oxidation and reduction method utilizes a site-specific delivery system designed to treat organic contaminants within an area of concern. ISOTEC oxidants and catalysts react with the organic contaminants within the subsurface producing innocuous by-products such as carbon dioxide and water (and chloride ions if chlorinated compounds are being treated).

No reviews were found for MFR - Modified Fenton`s Reagent for In-Situ Chemical Oxidation (ISCO). Be the first to review!