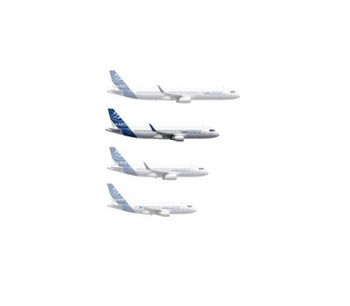 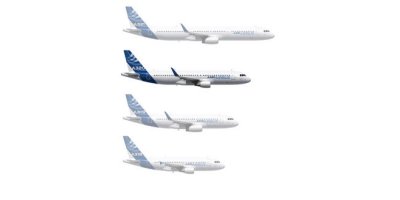 The founding member of the Airbus single-aisle Family, the A320 is the only all-new aircraft in its category. Airbus launched its single-aisle product line with the A320, which continues to set industry standards for comfort and operating economy on short- to medium-haul routes. Typically seating 150 passengers in a two-class cabin – or up to 180 in a high-density layout for low-cost and charter flights – the A320 is in widespread service around the globe on services that vary from short commuter sectors in Europe, Asia and elsewhere to trans-continental flights across the United States.

The A320’s advanced technology includes the ...

The A320’s advanced technology includes the extensive use of weight-saving composites, an optimised wing that is 20 per cent more efficient than previous designs, a centralised fault display for easier troubleshooting and lower maintenance costs, along with Airbus’ fly-by-wire flight controls.

Advantages of the fly-by-wire controls – which were pioneered on the A320 – are many. They provide total flight envelope and airframe structural protection for improved safety and reduced pilot workload, along improved flight smoothness and stability, and fewer mechanical parts.

In addition, fly-by-wire and cockpit standardization across the A320 Family are at the heart of Airbus’ commonality, which allows a pilot qualified on one Family member to fly them all, using the same type rating. Over 80 per cent of operators with 10 or more A320 Family jetliners in their fleets fly more than one model of the Airbus single-aisle product line – enabling them to benefit fully from the commonality concept through more effective scheduling of aircraft and crews.

Taking the Airbus commonality one step further, an A320-rated pilot can transition to any other Airbus jetliner with reduced training (known as “Cross-crew Qualification”), and is able to operate another Airbus aircraft type while still actively flying the A320 Family (a capability called “Mixed Fleet Flying”).

Continuing its role as a pioneer, the A320 was the first version in Airbus’ single-aisle product line to be delivered with the new “Sharklets” large wingtip devices, which are designed to enhance the eco-efficiency and payload-range performance of the A320 Family. In December 2012, Air Asia took delivery of the initial aircraft equipped with these 2.4-meter-tall wingtip devices made from lightweight composites.

Sharklets – which completed their maiden flight outfitted on Airbus’ A320 development aircraft in November 2011 – result in up to four per cent reduced fuel burn over longer sectors, corresponding to an annual reduction in CO2 emissions of around 900 tonnes per aircraft.

In October 2013, Airbus announced a Sharklet retrofit programme for in-service A319 and A320 jetliners. This will bring the benefits of these wingtip devices to earlier production A320 aircraft from 2015, delivering significant performance enhancements and cost savings to operators.

Sharklets also are standard on the A320neo Family, Airbus’ fuel-efficient new engine option which took to the skies for a milestone first flight in September 2014. Improvements with the A320neo Family include a 20 per cent savings in fuel burn per seat, two tonnes of additional payload, up to 500 nautical miles of more range, lower operating costs, along with reductions in engine noise and emissions.

The A320’s right-sized fuselage is seven inches wider than its competitors, enhancing comfort for passengers and increasing revenue opportunities for airlines. It enables choices of four-, five-, and six-abreast layouts with wider seats, along with opportunities for wider aisles and increased overhead storage bins. Rapid turnaround times on the ground are further facilitated by the A320’s bigger passenger and service doors.

Airbus has developed a new interior for the A320 and its other family members that brings a fresh new look to the cabin, a significant increase in overhead stowage, a noticeable reduction in noise, and introduces options for ambience lighting. An added advantage is this updated interior’s lower weight.

No reviews were found for Model A320 - Aircraft. Be the first to review!