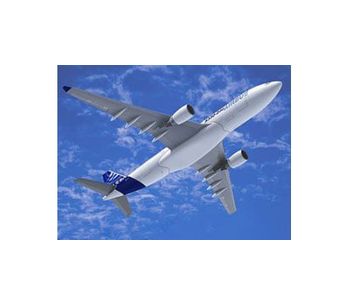 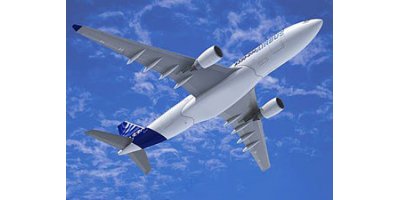 The shortest fuselage member of the A330 series provides airlines with excellent range and cargo capacity.

The A330-200 is the shorter-fuselage variant of Airbus’ A330 twin-engine widebody family, and has the versatility to cover all ranges from short-haul to true long-haul, with ideal sizing for point-to-point operations.

Its optimised 222-inch fuselage cross-section – which is shared with the other members of Airbus’ A330/A340 Family – accommodates 246 passengers in a comfortable two-class cabin layout that provides more window and aisle seats in much quieter cabins. As a modern jetliner, the A330-200 accepts the latest in-flight entertainment, including video-on-demand, mobile telephone and e-mail via satellite.

Another advantage of the A330-200’s fuselage is its large-capacity underfloor cargo holds, which accommodate industry-standard LD3 containers in side-by-side loading, as well as 96-inch pallets.

The A330-200 is well established with major carriers around the world, and has become a preferred aircraft for charter and leisure operators, as well as the growing low-cost long-haul market segment. With Airbus commonality in cockpit and cabin systems, an increasing number of airlines that fly the single-aisle A320 Family are discovering the advantages of stepping up to the widebody A330-200 for higher-capacity, longer-range service.

Airbus’ continuous investment in the A330 Family benefits the A330-200 version by lowering costs and improving operations. This includes system upgrades and enhancements, the introduction of advanced navigation aids and new-generation flight instrumentation, and engine upgrades. Updated passenger cabin features developed for the A330 include state-of-the-art LED lighting, smoother contours with softened lines and new interior styling – all of which provide a lighter, brighter and more spacious interior.

An increased maximum takeoff weight of 242 metric tonnes was launched by Airbus in November 2012. The new 242-tonne A330-200 will fly 350 nautical miles farther – to over 7,200 nautical miles (13,350 km.) – with 246 passengers and carry over 3.4 tonnes more payload than the previous 238-tonne A330-200 version. This 242-tonne takeoff weight A330-200 variant – which is scheduled to enter commercial service in early 2016 – also will bring increased fuel efficiency thanks to wing aerodynamic refinements and enhancements to the engines.

This increased takeoff weight variant will also serve as the development platform for Airbus’ A330-800neo (new engine option), which shares the same fuselage length with the A330-200. Airbus’ widebody NEO programme offers a 14 per cent reduction in fuel consumption per seat compared to current engine option (CEO) A330 jetliners, as a result of new Rolls-Royce Trent 7000 engines, cabin upgrades and aerodynamic enhancements – including A350 XWB-inspired winglets and an increased wingspan.

For long-distance operations, the A330-200 can be fitted with innovative crew rest areas. A secure rest facility for pilots with one or two bunks is designed to be located next to the cockpit for easy, rapid access. A mobile rest area for cabin crews can be installed in the aircraft’s lower-deck aft cargo hold and accessed by a stair from the main cabin – thereby eliminating any impact on passenger seating. Based on a 96 X 125-inch pallet, this cabin crew facility can have up to seven bunks and be removed in 50 minutes for shorter flight operations not requiring crew rest accommodations.