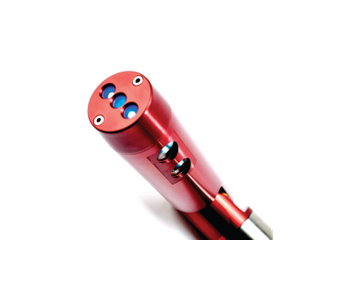 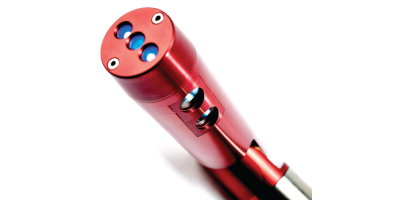 C-ALS cavity monitoring system can be used in a wide range of applications, where an inaccessible void exists and accurate data is required to monitor excavations, assess risk or design solutions.

Once deployed, C-ALS gives more detailed, accurate data than alternative technologies, such as ground-penetrating radar, and is the only borehole-deployable laser solution on the market.

C-ALS gives you new underground mapping capabilities. You can safely, quickly and reliably scan inaccessible underground workings. Our Cavity Profiler software gives you modelling, manipulation and export capabilities. The system enables you to collect the data you need in order to:

The unique 50 mm diameter of C-ALS allows access to voids via narrow boreholes, which minimises scanner deployment time and cost. The 360° spherical coverage provides a full view from a single scan, with no blind spots. In addition, the C-ALS laser scanner also enables you to:

With a diameter of just 50 mm, C-ALS cavity monitoring system is easily deployed downhole or uphole through boreholes to survey inaccessible spaces.

A system of hinged, lightweight 1 m rods provides a fixed azimuth capability, and enables C-ALS deployment down boreholes as long as 200 m. C-ALS can also be deployed by boom or by remote-controlled vehicle.

A nosecone camera gives full visibility of the borehole during deployment, so operators can see any obstructions, and judge when C-ALS has entered the void.

The C-ALS probe incorporates pitch-and-roll sensors and has the option of an internal compass. The sensors ensure C-ALS can be tracked down the borehole and that the scan is automatically georeferenced to fit into existing 3D mine data.

Once in the void, a simple click from the operator tells the laser-scanning head to rotate on two axes, measuring the three-dimensional shape of the void with full 360° coverage and no blind spots, and with a range up to 150 m.

A load-bearing cable attached to the probe transmits all the measured data back to the surface unit and a ruggedised computer loaded with our Cavity Profiler software is used to control C-ALS from a safe location and to view the data in real-time.

Renishaw's new user-friendly Cavity Profiler software for C-ALS makes it quicker and easier for operators to use the system, by guiding them through the process of deploying and scanning.

The dangers of underground voids in 90 seconds

Our 90-second animation explains the dangers that underground voids can pose, and shows how customers can keep workers safe and maximize productivity.

No reviews were found for Model C-ALS - Borehole Deployable Laser Scanner. Be the first to review!