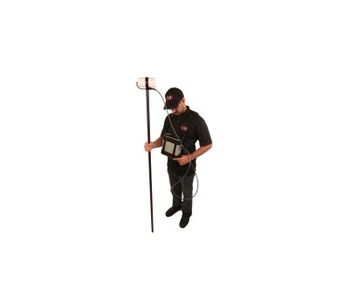 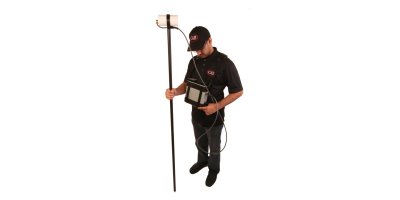 GEM’s advanced Proton Precession magnetometer (GSM-19T) is one of the world’s leading instruments for subsurface investigations and exploration. The Proton system is designed to fit the niche for clients who require a low-cost, yet robust and reliable magnetometer for ground geophysical surveys. This system is an entry-level system for clients who require an advanced system without the higher-order features and benefits of GEM’s Overhauser and Potassium systems.

The GSM-19T Proton Precession unit is a unique product only available from GEM. It features highly-effective proton energization and physics, three data acquisition modes (Walking, Mobile and Base Station); has a large-volume on-board storage and memory; and comes complete with a high-resolution (0.6 m) integrated GPS – one of the first magnetometers in the world to offer this time-saving, effective technology.

This proven system offers a range of benefits for different applications. In mineral exploration, the GSM-19T has shown itself to be a mainstay of many programs – offering robustness for a demanding environment around the world. In oil and gas exploration, the GSM-19T offers similar benefits. It is also an effective tool in environmental and engineering work for detection of buried drums, utilities and other man-fabricated
buried objects.

From robust field units to efficient survey modes and fast data downloading, the GSM-19T is designed to deliver the maximum value in a proton precession system. It also provides numerous technologies that differentiate it from other systems, including robust design, no heading errors and other features.

With v7.0 upgrades, GEM’s system leads the competition in sensitivity, memory, base station technology and other areas. The rover unit now features a 25% increase in sensitivity – reflecting new processing algorithms and addition of the latest RISC microprocessors.

In addition, v7.0 standard memory is 32 Mbytes (expandable in 32 Mb increments), which translates into 1,465,623 readings of line / station data or more than 5,373,951 readings for base station mode. The new memory capacity sets an industry standard, but more importantly, it means that operators can now handle even the largest surveys with ease.

Historically, Proton Precession instruments have tended to be operated in a standalone mode in which the operator must stand at a known station and press a button to record a reading. This slows down surveys considerably and increases costs. However, GEM developed the world’s first, “Walking Mag” system that deals with these issues.

The Walking Proton Precession magnetometer / gradiometer is a unique implementation of electronics and physics to provide a nearly continuous record of the ground over which the instrument is carried. GEM offers up to 0.5 second sampling to accommodate surveys at a walking pace.

With the Walking mode, clients are assured of the highest productivity that can be obtained with this type of magnetometer – GEM has advanced the limits of this technology to almost its absolute maximum through its knowledgeable research and development team.

Walking mode also enables the use of GEM’s new Walking VLF. VLF or Very Low Frequency surveying is an electromagnetic method used for shallow exploration (up to 35 m or so). GEM’s Walking VLF enables magnetic measurements to be made along with a single channel of VLF data.

Integrated GPS is a huge development. Led by GEM, the GSM-19T has been at the forefront of GPS technology innovation. This gives highly accurate time for base station corrections as well as other capabilities such as Waypoint Programming.

With Waypoints, you design your survey on your personal computer and import the stations with ease into the magnetometer console. Then, the system will guide you to each Waypoint where a reading is to be made. With Walking mode, you have a nearly continuous record of GPS-referenced datapoints – a major advantage in surveying because you save time in the field and it eliminates the possibility of measuring at an incorrect station – you always know the station toward which you are headed next. Other key features are the easy-to-read LCD data display in graphical (or text) format with a signal quality indicator. The unit is tolerant to gradients and provides a warning indicator: the operator can monitor data quality continuously.

No reviews were found for Model GEM GSM-19T - Affordable and Robust Proton Magnetometer / Gradiometer. Be the first to review!