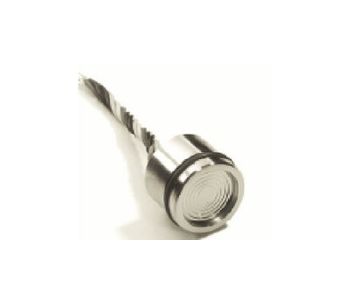 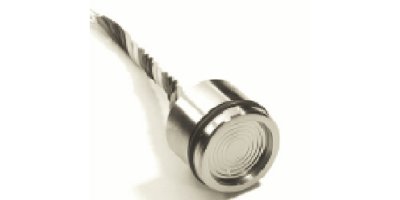 The Series PA pressure transducers cover all pressure ranges from 100 mbar to 1000 bar. They have been produced for over 20 years. These pressure transducers are in use world-wide in a variety of different applications. Main fields of application are: Level technology, pneumatics, hydraulics, avionics. A high-sensitivity piezoresistive silicon chip is used for pressure sensing. The chip is protected against ambient influences by a stainless steel housing sealed with a concentrically corrugated diaphragm. The housing is filled with silicone oil so as to ensure the transfer of the pressure from the diaphragm to the sensing component. All metal parts in contact with the pressure media are made of stainless steel 316L. The fully welded housing is vacuum-tight.  Each pressure transducer is subjected to comprehensive tests as to its pressure response and temperature characteristics.

This high-precision 0,01 %FS pressure transmitter is based on the stable, floating piezoresisitive transducer and the newly developed XEMICS microprocessor with an integrated 16-bit A/D converter. Temperature dependency and nonlinearity of the sensor are mathematically compensated by the interfacing electronics. The output rate is 400 Hz.

Accuracy and Precision “Accuracy” is an absolute term, “Precision” a relative term. Deadweight testers are primary standards for pressure, where the pressure is defined by the primary values of mass, length and time. Higher class primary standards in national laboratories indicate the uncertainty of their pressure references with 70 to 90 ppM or close to 0.01%. Commercial deadweight testers used to calibrate the transmitters indicate an uncertainty or accuracy of 0.025 %. Below these levels, expression “Precision” is the ability of a pressure transmitter to be at each pressure point within 0.01 %FS relative to these commercial standards.

Polynomial Compensation
This uses a mathematical model to derive the precise pressure value (P) from the signals measured by the pressure sensor (S) and the temperature sensor (T). The microprocessor in the transmitter calculates P using the following polynomial:

With the following coefficients A(T)…D(T) depending on the temperature:

The transmitter is factory-tested at various levels of pressure and temperature. The corresponding measured values of S, together with the exact pressure and temperature values, allow the coefficients A0...D3 to be calculated. These are written into the EEPROM of the microprocessor. When the pressure transmitter is in service, the microprocessor measures the signals (S) and (T), calculates the coefficients according to the temperature and produces the exact pressure value by solving the P(S,T) equation. Calculations and conversions are performed at least 400 times per second.

No reviews were found for Model PA Series - Piezoresistive Pressure Transducers. Be the first to review!