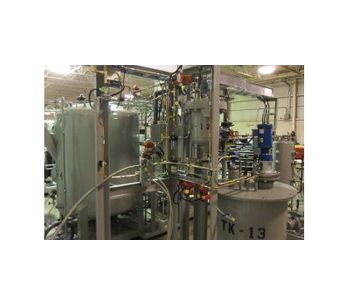 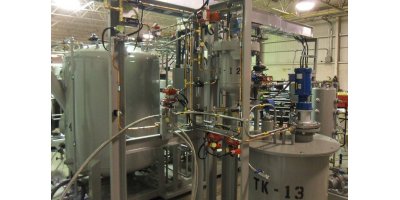 PCB’s, or Polychlorinated Biphenyls, are a man-made substance first synthesized over a century ago and found to have desirable properties that led to their widespread use. They are fire-resistant, highly stable, have low volatility and are electrically insulating. These properties led to PCB being used as a wood preservative for railway sleepers, as a flexible agent added to caulking and sealants, added to roadway asphalt and used in electrical equipment from light ballasts through to transformers. They are persistent in the human body and likely carcinogenic. They are dangerous to lower lifeforms such as fish and that pathway increases the danger to humans. The negative aspects of PCB were identified decades ago and commercial production was halted, starting in the 1970s. Despite the aim of the Basel Convention of 1989 to minimize the creation of hazardous waste, PCB contaminated transformer oil can still be found in large parts of the world.

Hundreds of millions of litres of transformer oil is still in use today with PCB levels of between 50 and 500 PPM, with countless hundreds of millions of litres in use between 2 and 49 PPM. PCB was never added to transformer oil in the low concentration levels that are typically seen in the field today. These low levels of PCB arose out of cross-contamination of non-PCB oil with PCB. One example of the pathway to contamination is the careless or even negligent use of the very equipment designed to protect and enhance the life of transformers – the Oil Purification Plant. Other pathways include the deliberate mixing of clean and PCB contaminated oil to dilute the highest concentration at the expense of a greater volume of lower level contamination. A surprising number of countries have not inventoried their contaminated transformer oils even today and this permits the spread of low level contaminated oil to continue.

Our PCB-RS PCB Dechlorination System from HERING VPT relies on a low temperature chemical process which uses our HERING DEHALO alkali dispersion for the chemical decomposition of PCB. The main chemical reaction strips the chlorine atoms from the PCB and forms a PCB-free, dioxin-free, furan-free sludge that is easily separated from the PCB-free oil by high-speed centrifuge, allowing the oil to be post-processed with a HERING EOK-TORS or HERING TORS system stage for full regeneration. The sludge created is easily disposed of as non-PCB industrial waste. After regenerating the processed oil, the resulting transformer oil is as good as virgin, non-PCB transformer oil and often even exceeds the initial specifications of the input transformer oil.

The PCB dechlorination process of the HERING PCB-RS PCB Removal System has been demonstrated to the United States (USA) and Australian Environmental Protection Agencies. It was proven that the system removes PCB from concentrations in excess of 2000 PPM to less than 1 PPM in a single circulation through the system. The fully processed oil is free of PCB contamination down to the detection limits of the laboratory equipment testing the oil. With oil recovery rates higher than 99% and operating costs as low as 0,15 EUR per litre dechlorinated oil, this recycling option makes not only environmental sense but is very easily economically justified.

No reviews were found for Model PCB-RS Series - PCB Removal System. Be the first to review!