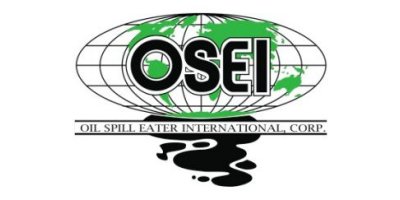 OSE II is not a bacteria (bug), fertilizer or dispersant product. OSE II is a biological enzyme that converts the waste into a natural food source for the enhanced native bacteria found in the environment. The end result of this process is CO2 and water. OSE II will reduce your cleanup costs and permanently eliminate the hazardous waste problem in place, with no secondary cleanup required.

OIL SPILL EATER II is non-toxic to humans, animals, plants and marine life. It is non-poisonous, even if accidentally ingested. It is non-irritating to the most sensitive skin. OSE II contains no known allergens to cause skin, respiratory or other allergic reactions. Birds bathed in OSE II should be quarantined until their own natural oils are restored.

OIL SPILL EATER II is 100% Biodegradable. OSE H has a 5 year shelf life when stored at temperatures below 120 degrees F. Freezing does not harm OSE II; however, cold temperatures slow it's reaction rate somewhat. The product is completely stable and reactive in a pH environment of 3.5 to 11.7.

OSE II contains no corrosive chemicals or metal trace elements, and will not damage electrical insulation or painted surfaces. No special protective clothing or safety equipment is required - as determined by OSHA - Anchorage, Alaska.

OSE II will reduce fire hazard once emulsification and the solubilization process is started. This process begins the instant OSE II is applied to crude oil, gasoline or spilled hydrocarbons.

OSE II eliminates the need for skimmers and it eliminates the problem of disposal (clean docks, driftwood, boats, rubber gear and shorelines). No secondary cleanup is required because OSE II converts the hydrocarbons to C02 and water.

Crude Oil lifts off of sand as soon as OSE II is a...

Where OSE II has been used

Who can use OSE II

Uses of and contaminants that OSE II can or has bioremediated

This list contains most of the hazardous material OSE II has bioremediated. It is not complete. We add new compounds continually. This list is to give you an idea of what OSE II can remediate. If your particular contaminant is not listed, contact us.

OSE II drums are not stackable

Not dangerous for conveyance under UN, IMO, ADRiRID.

Marine Transport (IMO/IMDG):
Not classified as Dangerous
Goods by the criteria of the International Maritime
Dangerous Goods Code (IMDG Code) for transport by sea.

Air Transport (ICAO/IATA):
Not classified as Dangerous
Goods by the criteria of the International Air Transport
Association (IATA) Dangerous Goods Regulations for
transport by air.