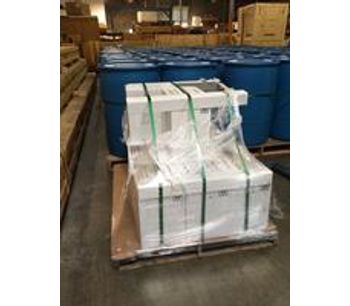 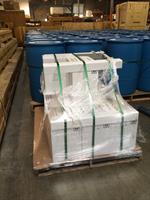 0
Share Share with Facebook Share with Tweeter Share with LinkedIn
OIL SPILL EATER II (hereinafter OSE II) is not a bacteria (bug), fertilizer or dispersant product and it contains exact proportions of enzymes, bio surfactants, nutrients and other necessary constituents for complete life cycles and biodegradation that converts the waste into a natural food source for the enhanced native bacteria found in the environment. The end result of this process is CO2 and water. OSE II is an environmentally safe cleanup method because it uses natures own bioremediation processes to effectively eliminate hazardous materials. OSEII is listed on the US Environmental Protection Agency & National Contingency Plan for Oil Spills (NCP).

OSE II is approved by Marine Emergency Mutual Aid Centre (MEMAC) as the first authorized Bioremediation product  and listed in Regional Organization for the Protection of the Marine Environment (ROPME) OSE II will reduce your cleanup costs and permanently eliminate the hazardous waste problem in place, with no secondary cleanup required.

OSE II is the world’s most environmentally safe and cost effective bioremediation process for the permanent removal of hazardous waste, spills and contamination virtually anywhere of any size, large or small.

When OSE II is added to a spill, it is not necessary to wait on the proximal bacteria to release enough enzymes or bio surfactants since they are already supplied by OSE II.  Therefore, the minute you apply OSE II, there is sufficient bio surfactants to start the emulsification and solubilization process. This process generally takes just a minute or two, or possibly several more minutes depending on the consistency of the spill. As the bio surfactants do their job, the enzymes are attaching themselves to broken down hydrocarbon structures, forming digestive binding sites.

OSE II is the perfect solution for cleaning up oiled wildlife and marine life because it works so swiftly and is non-toxic, causing the oil to just easily slough off once sprayed on.  This causes less trauma for the animal being cleaned and a much faster and easier cleanup process.

The spill is detoxified to the point that indigenous bacteria (natural to a given environmental location) can now utilize the oil as a food source. This also diminishes toxicity to marine organisms, birds or wildlife.

OSE II also has an extremely efficient nutrient system which is activated once you mix the product with natural water--water native to the spill environment.

In laboratory tests, once you see the water in the test beaker or aquarium become turbid, you know it is only a matter of time before the contaminant is remediated to CO2 and water.

Unlike mechanical cleanup, which cleans up a maximum of 20% of the oil spilled,  OSE II will actually address 100% of a spill. This information is substantiated by the EPA’s listing of OSE II on the National Contingency Plan for oil spills referred to as the NCP list, which contains the efficacy test performed for the EPA at LSU University.

WHERE OSE II HAS BEEN USED

WHO CAN USE OSE II

No reviews were found for OSEII - Biological Oil Spill Cleanup. Be the first to review!