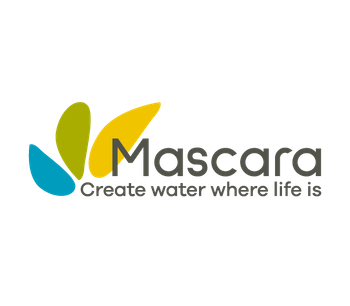 Photovoltaic desalination technology by reverse osmosis, without battery, developed by Mascara Renewable Water allows desalination of brackish water, which salinity is lower than seawater, at between 3 and 7 grams of salt / liter of water. This water is generally extracted from aquifers through drilling a borehole. These units dedicated to brackish water produce between 20 m3 and 500 m3 per day of fresh drinking water. Modular, the OSMOSUN® BW units desalinate up to 5,000 m3 per day as a standalone, off grid installation.

This unique technology has been designed for isolated areas, with a concern for maximum simplicity, and autonomy provided only by the affordable solar energy available anywhere. The characteristics of desalination units OSMOSUN®BW simplify the construction of a project with a good adaptation to the needs of remote areas:

Though involving an electricity bill for night water production, the OSMOSUN® hybrid operation makes it possible to triple the daily production of the same unit,

The economic forecast will determine the relevance of the hybrid powered feature, defining which mode produced the lowest water costs.

No reviews were found for Osmosun - Model BW - Solar Brackish Water Modular Desalination Unit. Be the first to review!