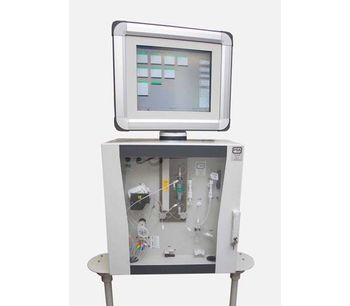 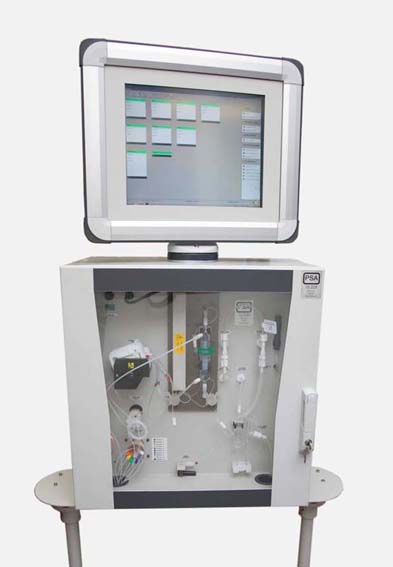 The 10.255 is an online analyser for hydride forming elements such as As, Se and Sb. Based on hydride generation atomic fluorscence spectrometry the systems offer part per trillion detection limits and linearity to ppm levels. The system is a single element analyser with high selectivity defined by the use of an element specific boosted discharge hollow cathode lamp. All of the hydride forming elements are considered highly toxic, environmentally sensitive and they are difficult to remove from drinking water supplies and wastewater discharges.

High levels of Arsenic can be found in drinking water supplies in many countries causing major health effects such as cancer. The Arsenic is naturally occurring from the presence of Arsenic rich minerals in the aquifer layers. Arsenic may also be emitted from various industrial processes including mining activities, smelting of non-ferrous metals, oil and gas refining, waste incineration, coal burning, pesticide production and uses. Safe drinking water limites are less than 10ppb whereas wastewater discharges tend to be much higher and limits are set by regulatory agencies.

Most drinking water contains concentrations of selenium are lower than 10ppb except in certain seleniferous areas where ppm levels of Se have been reported. Selenium in drinking water supplies is not considered to be a major health concern and safe limit is considered to be less that 50ppb. Selenium is however released to the environment from various industrial processes such as mining, smelting, petrochemicals, waste incineration and coal burning.

Antimony levels in drinking water are generally quite low and not considered a major health concern. However it is used in various industrial processes and is discharged in wastewater. Antimony compounds are used as catalysts in the production of polyesters and flame retardants and these ultimately causes releases of antimony to the environment during production and disposal.

In June 2013, the EPA proposed a new rule '40 CFR Part 423' which relates to effluent limitation guidelines to limit the amount of toxic metals being discharged to surface waters. Arsenic, Selenium, Antimony and Mercury are the main elements of concern because of their high toxicity and potential impact to the environment and wildlife. The proposed effluent limitation guideline is based on the treatment technology utilized on site and is currently set to between 4 and 8 ppb for Arsenic, x and x ppb for Selenium and x to x ppb Antimony. The reliable determination of hydride forming elements below 10ppb in a FGD wastewater matrix is very difficult using ICP-MS because a relatively large dilution is required to lessen the total dissolved solid content of the sample. In addition to this there are isobaric interferences which have to be overcome.

There is an increasing need to remove and monitor As, Se and Sb from drinking water supplies and wastwater discharges. Abatement systems have to be monitored in real time using online measurements to ensure discharge limits are being achieved.

The PSA 10.255 is designed to be used for maximum flexibility, making it easily adaptable to a particular chemistry requirement. The chemistry section can be supplied with both a UV Cracker and a conventional heater. The standard instrument is supplied with UV only, as this is the most common format required, however a heater option and also a UV + heater option are available.

Hydride generation is oxidation state and compound dependent. Different chemistries are therefore used for each element and aplication. In general terms an oxidizing agent is added to aid the UV digestion of organometallic species and to breakdown organics in the sample. This conversion process is online and highly efficient. In the case of Arsenic and Antimony as oxidation process is typically used. This converts the analyte to the inorganic pentavalent state. For Selenium an online pre-reduction is used. This is mecessary becase Se (VI) does not form the hydride.

In all cases a sodium tetrahydroborate reagent us used to form the hydride species and reagent consumption is minimal.

More about Online Analyser for Arsenic, Selenium and Antimony in Water and Wastewater Discharges

The analyser system comes as standard with a 10 port stream selector allowing both standards (for calibration and checks) and samples to be automatically sequenced.

The system is supplied with the PS Analytical C210S007 Online software package as standard. This gives the administrator the complete flexibility of control with full multi-tier multi user operation set up. The software gives full control and results with user determined alarms covering all possibilities.

The online system has been designed with remote access in mind. The software can be configured to routinely send data, alarms and reminders via email. The system also has the ability to be remotely controlled over Ethernet /Internet, enabling remote diagnostics to be carried out.

Utilising simple lamp change, the online arsenic analyser can be easily and quickly converted into an online selenium analyser or an online antimony analyser.

No reviews were found for PSA - Model 10.255 - Online Analyser for Arsenic, Selenium and Antimony in Water and Wastewater Discharges. Be the first to review!