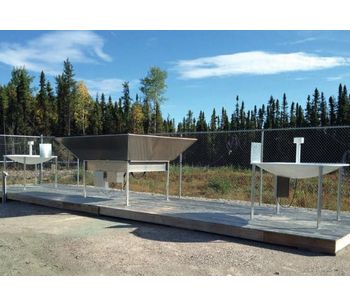 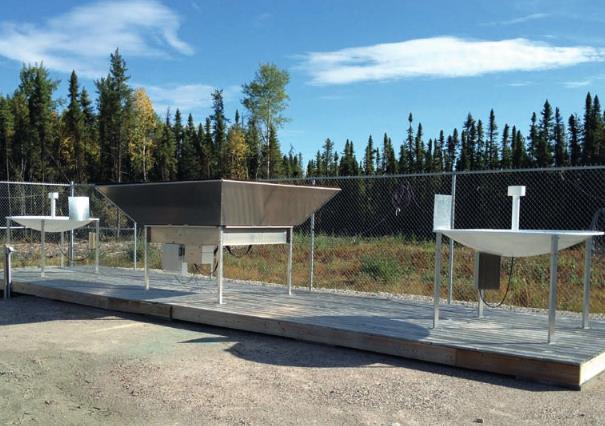 The RASS includes the latest hardware design. It is a CW Radar which can be added to a PA-0 or a PA-5 Sodar system. Our RASS remotely measures temperature profiles in the atmosphere up to 1,500 m.

A state of the art hardware and software...
...allows Remtech to offer the smallest and most performant systems in the market

How does a Sodar Work?

Basically a Sodar acts like a Sonar but it is so sensitive that instead of detecting targets such as fish, submarines etc... it is able to receive signals which are “backscattered” by the air itself or more exactly by small scale temperature differences in the air. It acts like a pulsed radar or lidar alternating an emission sequence followed by a receiving sequence. The altitude sampling corresponds to the roundtrip of the sound to reach such altitude during the receiving mode.

As the air is moving the backscattered signal frequency is shifted when compared to the emitted signal frequency. This is the so called Doppler effect such as the frequency shift that can be heard when a car is passing by honking one’s horn. Measuring the Doppler shift along one beam axis gives the corresponding radial wind speed.

As the wind is three dimensional we need to make measurements along three different directions from the antenna. Actually we use 5 beams.

In order to speed up the measurements, in each vertical plane the emission takes place along one tilted beam and its symetrical beam in sequence and the received signals are processed simultaneously.

Moreover as in a vertical plane the radial wind speeds along the tilted beam and its symetrical must be of equal modulus and opposite sign this is used as a very strong validation criteria.

While the antenna is fixed tilting the acoustic beam is achieved by phase shifting between the lines or the columns of the “phased array” antenna:

What is impact of rain on Sodars

Contrary to what shows on some of our Sodar competitors websites or even in so called “scientific” papers the only effect of rain is generating acoustic noise through the impact of the rain drops on the antenna receivers. Actually the rain drops size being much smaller than the acoustic wavelength, their down speed is not detected by sodars. However poorly designed Sodars will exhibit spurious down speeds due to high harmonics of either 50 Hz or 60 Hz harmonics of the power supply in humid conditions.

As stated above, rain generates acoustic noise. Therefore above a certain limit the Sodar will cease generating measurements. With our Sodars the upper limit is typically 1 cm to 2 cm /h of rainfall rate depending on atmospheric conditions and model type.

What is impact of snow and fog on Sodars

Snow flakes being significantly bigger than rain drops are detected by Sodars. Furthermore snow flakes impacting the antenna generate a negligible acoustic noise. Last, being at a different temperature than the temperature of the ambient air the backscattered echoes are strong (as explained in “how a Sodar works” the echo is due to small local temperature differences) . Of course if there is a snow storm the antenna heating might need 2 to 3 hours to clean the antenna but as a general statement Sodars like snow.

Regarding fog, as it is associated to small scale thermal turbulence Sodars do like fog.

What is impact of ambient acoustic noise

When the ambient acoustic noise increases, the ratio between the signal which is backscattered from the air and the received ambient acoustic noise decreases. Above a certain noise level no more useful signal detection is possible. Typically our Sodars can measure in up to 65dBA (industrial area).
What is impact of ground clutter

Although our Sodar antennas achieve almost 50 dB (a ratio of 300 in amplitude) directivity between the main lobe and the so called secondary lobes almost parallel to the ground, a small energy is emitted towards nearby obstacles (trees, buildings, meteorological towers etc...). This energy also generates an audible sound nearby.

As obstacles reflect the acoustic energy much more efficiently than the air itself the ground clutter can be similar or even more powerful than the useful signal which is backscattered by the atmosphere.

Over tens of years Remtech has refined signal processing which suppresses ground clutter up to a high level. Typically our instruments can handle a horizontal distance to an obstacle equal to its height. Additionally if the acceptable ground clutter limits are exceeded (for instance because of a massive building nearby) this shows in the data file header.

What is impact of high winds

High winds are of course associated with high surface winds. These generate aerodynamically a high ambient noise and therefore reduce the altitude range and at the extreme will forbid any measurement. With our extra acoustic enclosure which is designed to divert the flow above the acoustic antenna and at the same time reduce turbulence we can measure up to 15 m/s at ground level and therefore up to 30/40 m/s at higher levels

The small electronics/computer case which is fixed underneath the antenna stores the data on a SSD disk with many years of data storage capability. Each Sodar is supplied with a netbook allowing data retrieval locally through an ethernet cable or Wi-Fi connection. For remote retrieval we offer two options: either wireless modem connection or satellite connection.

The data are in text mode (ASCII code) and can be very easily imported into “EXCEL”. Also we provide at no cost an application software which makes them compatible with specialized softwares such as “WindPro”.

No reviews were found for Remtech - Remtech Radio Acoustic Sounding System (RASS) for Remote Sensing of Temperature. Be the first to review!