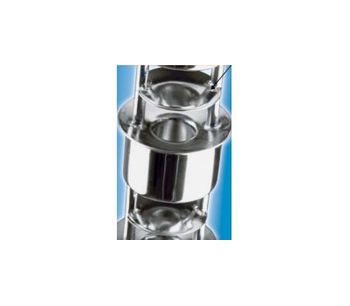 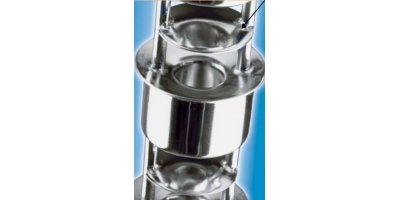 The Artisan Rising Film Evaporator is a vertical shell & tube heat exchanger generally used as a flash evaporator or pre-heater designed to remove most of the volatile components prior to stripping. Feed enters tube-side from the bottom of the evaporator. As the liquid temperature increases, a rising film is formed on the tube wall, while most of the tube cross-sectional area is occupied by the vapor generated. The ascending force of vapor bubbles, which are produced during boiling, send the liquid and vapor upwards in parallel flow. Simultaneously the vapor rate also increases thereby forming a “Climbing” film on the walls of the tube. This co-current upward movement against gravity has the beneficial effect of creating a high degree of turbulence in the liquid. This is advantageous during evaporation of highly viscous materials and products that have a tendency to foul the heat transfer surfaces.

No reviews were found for Rising Film Evaporators. Be the first to review!