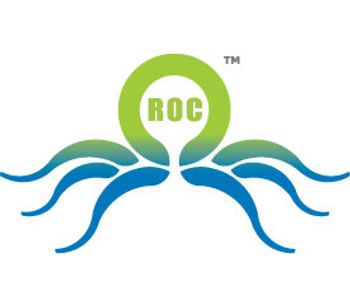 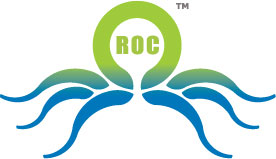 The ROC (Rapid Oil Containment) Barrier uses a combination of proprietary high-extension sorbent barrier, along with a patented, extremely compact and easy-to-use deployment system to ensure the rapid response and containment of oil spills unlike anything used in the marketplace today. Using innovative technology, the ROC Barrier is deployed at speeds of up to 54.7 kilometres (34 miles) per hour1, over five times faster than conventional oil containment booms.

The ROC Barrier is the only available oil containment system small enough to allow tankers, ships and other watercraft, as well as marinas, harbours, ports, shipping lanes, beaches, and other water entry points to store it on site so that it can be deployed quickly following an oil spill. The canister, which holds the film laminate used to contain an oil spill, measures just 20 inches in length, by eight inches in width, and eight inches in depth.

The film laminate used in the ROC Barrier is essentially a two-dimensional product when stored, and a third dimension (bulk), is added on deployment. It uses adsorbent versus absorbent principles. The film laminate is an oilophilic (oil attracting) olefin-type substrate similar to polyethylene film. It has a thickness of just 0.005 inches (0.127 mm). A standard 1,000-foot roll of product is only six inches in diameter and requires 1/20 of the storage space required by similar absorbent materials currently used in the oil spill control industry.

In addition to its compact storage capability, the laminate film is capable of adsorbing the spilled oil it is intended to contain, while having the unique characteristic of not absorbing the water it is deployed on. Unlike similar absorbing materials which begin to hold water immediately after deployment, the laminate film is oil-adsorbing plastic material that floats on water but will not absorb it.

The ROC Barrier is the only available oil containment system designed to contain up to 100 per cent of the oil from a spill – without absorbing the water. Even better, the oil can be reused, dramatically reducing the economic cleanup costs.

With its compact size and ease of storage, the ROC Barrierdeploys rapidly at speeds of up to 54.7 kilometres (34 miles)per hour after an oil spill occurs, and the beginning of the film laminate is tossed from the back of any small watercraft creating a barrier around the forming oil slick or spill. As the film laminate lands in the water, the friction of the water holds it in place. While the watercraft circles the perimeter of the oil spill, the film laminate continuously streams from the dispenser to immediately contain and prevent the spill from becoming a run-away slick.

An environmental breakthrough, the ROC Barrier is the first of its kind to be recycled with the oil during the cleanup process. Final remediation is done using existing methods.