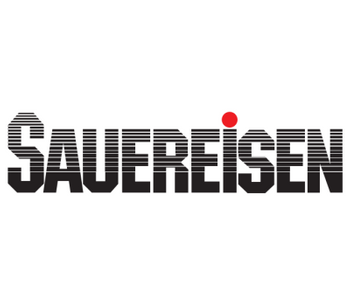 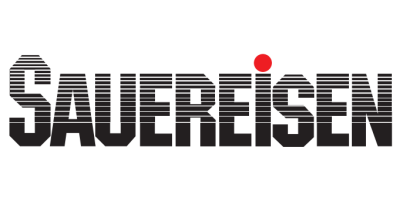 Sauereisen Epoxy Polymer Concrete - 165 is a castable material for the chemical-resistant construction of sumps, dikes, containment areas, trenches, walls, floors, and structural support columns or bases. 165 has been specifically formulated for foundation construction and should be installed with proper reinforcement. Mixing and forming methods for 165 are similar to those used for Portland cement installations. Epoxy Polymer Concrete 165 is suitable to use as a monolithic topping to rehabilitate chemically deteriorated concrete or to protect new construction. This system incorporates Sauereisen's 100% solids ConoWeld Primer 501 to promote a strong bond.

Maintain a temperature of 60°-85°F on air, substrate, Aggregate, Liquid, and Hardener components during mixing, application, and cure. The monolithic components and substrate should be maintained at 60°F to 85°F for 48 hours prior to beginning work.

At temperatures below 60°F, the application becomes more difficult and curing is retarded.

Above 85°F, the material working time decreases. It is recommended that the material components be stored in a cooler area prior to mixing.

Shading the substrate and using ice water to cool mixing equipment is not uncommon. In extreme temperatures it may be necessary to postpone the application or apply during cooler hours.

When applying Epoxy Polymer Concrete 165, appropriate corrosion-resistant reinforcement must be incorporated. All monolithic applications must be affixed to the substrate by anchors. Consult Sauereisen for recommendations.

Foundation Construction - The foundation base should be constructed with appropriate materials to support the engineering design and loads. 165 must not be applied over standing water or loose soil.

New Concrete - Surfaces should be made free of oil, grease, water, and other contaminants that may inhibit bond. This can be achieved by chemical cleaning. Abrasive blast or high-pressure water blast concrete to remove laitance and obtain uniform surface texture.

Old Concrete - Concrete must be dry, firm and structurally sound as specified by the architect/engineer. Surfaces should be made free of oil, grease, water, and other contaminants that may inhibit bond. This can be achieved by chemical cleaning. All structural cracks must be repaired. Abrasive blast or high-pressure water blast concrete to remove laitance and obtain uniform sound substrate.

Brick - Remove oil, grease, water, and other contaminants that may inhibit bond. Abrasive blast or hydroblast mortar joints to a depth of 1/2 inch to remove all loose material and provide a clean, firm surface.

If chemical cleaning is utilized to remove contaminants, substrate may need to be neutralized. If abrasive or high-pressure water blasting is used as the method of surface preparation, all sand and/or debris must be removed by thoroughly vacuuming the area with an industrial vacuum cleaner. If surface does not have desired profile or degree of cleanliness, repeat surface preparation procedure.

Joints are to be provided on centerlines of 14 feet, around all fixed objects, peripheries of rooms and over all points of movement in the base slab. The joint should then be filled with the appropriate expansion joint filler. Consult Sauereisen for recommendations.

165 is packaged in pre-measured units of Aggregate, Liquid, and Hardener components. Mixing should be done mechanically with a slow-speed mortar mixer. The mixing equipment must be clean and free of Portland cement or other contaminants.

Remix both Liquid and Hardener prior to combining components. Empty contents of the Liquid into a clean, dry mixing container. Empty contents of Hardener into Liquid and mix thoroughly with a 'Jiffy' mixer blade and drill motor until blended for at least one minute. Empty liquids into a clean, dry mortar mixer. Add aggregate component gradually while mixing to a uniform consistency.

Mix only complete batches. Material which has begun to set must be discarded. Do not try to retemper the material. Do not add solvent, additive or adulterant to any component or mixed material.

Remove the entire batch from the mixer when mixing is completed to prevent build-up in the equipment. While pouring one batch, another should be mixed in order to eliminate delays and to permit continuous operation.

ConoWeld 501 - Apply primer at a nominal thickness of 5-10 mils using a short nap roller with a non-degradable core or by nylon brush. Epoxy Polymer Concrete 165 can be placed immediately after application of Primer, but within six hours. Polymer Concrete should be applied while the primer is tacky.

Polymer Concrete 165 - When casting 165, forms should be constructed of firmly braced wood or metal, which has been given a light coating of release agent. The release agent will prevent 165 from adhering to the screeds or forms, but should not leave a residue on the freshly cast material.

Forms are to be completely sealed and rendered watertight with heavy consistency pliable caulking. Seal forms placed over rough surfaces. Do not apply polymer concrete over standing water.

The form and screed systems should be strong enough to retain 165 in place without deformation. Forms and screeds may be removed after set has occurred and 165 has sufficient strength to support itself.

Tamping methods or pencil vibration are suitable for distributing the material. Use a trowel or screed board to level the polymer concrete flush with the top of the form. Trowel finish within 15 minutes after mixing. Avoid imposing loads until a final set has been achieved.

165 must be cast at least 1 1/2 inches thick. A 2-inch thickness of 165 will require approximately 24 lbs. of material per square foot.*
*Quantity estimations do not include losses during application or normal density variations.

The 165 will take an initial set in 8 hours at 70°F. Proper curing of 165 is critical to the serviceability of the completed structure; therefore, the substrate and the material temperatures should not be allowed to fall below 60°F until final cure has been achieved. Do not allow water or chemicals on the material surface for a minimum of 48 hours. For temperatures below 70°F, cure a minimum of 72 hours prior to water or chemical exposure.

All equipment should be cleaned by scrubbing with a stiff brush and MEK at the end of each working period or when build-up becomes pronounced. A mixture of sand and solvent aids in cleanup. Consult Sauereisen for recommendation.

Sauereisen 165 Liquid, Hardener, and Aggregate have a shelf life of one year when stored in unopened, tightly sealed containers in a dry location at 70oF. If there is a doubt as to the quality of the materials, consult a Sauereisen representative.

We warrant that our goods will conform to the description contained in the order, and that we have good title to all goods sold. WE GIVE NO WARRANTY, WHETHER OF MERCHANTABILITY, FITNESS FOR PURPOSE OR OTHERWISE, EXPRESS OR IMPLIED, OTHER THAN AS EXPRESSLY SET FORTH HEREIN. We are glad to offer suggestions or to refer you to customers using Sauereisen cements and compounds for a similar application. Users shall determine the suitability of the product for intended application before using, and users assume all risk and liability whatsoever in connection therewith regardless of any suggestions as to application or construction. In no event shall we be liable hereunder or otherwise for incidental or consequential damages. Our liability and your exclusive remedy hereunder or otherwise, in law or in equity, shall be expressly limited to our replacement of nonconforming goods at our factory or, at our sole option, to repayment of the purchase price of nonconforming goods.

No reviews were found for Sauereisen - Model No. 165 - Epoxy Polymer Concrete. Be the first to review!