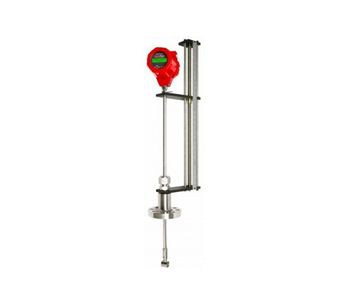 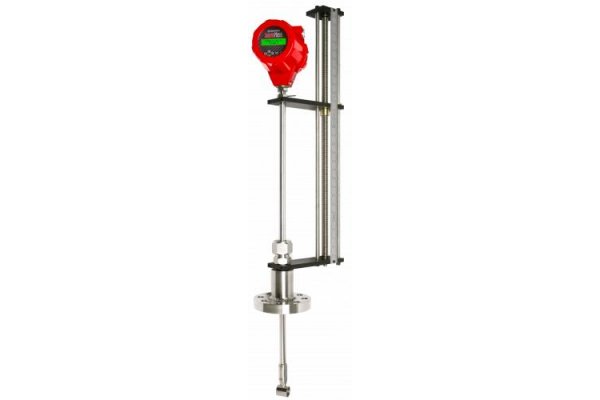 The 241i insertion vortex flow meter is an economical solution for applications from 2-inch (50.8 mm) pipes to 72 inches (2M) in diameter and larger. Volumetric or multivariable measurement is possible with a single pipe insertion point, greatly reducing installation costs. The 241i can be hot tapped into applications with an optional probe retractor. More compact probe lengths are available based on application requirements.

It Has Apps. Now You Have The Power.

Experience innovative tools driven by our new Raptor II OS that will empower you and save time and money.

The insertion 241i vortex flow meter was designed as an economical choice for gas, liquid and steam flow measurement in larger pipes.  Sierra has designed an optional probe insertion/retractor to make hot-tap insertion easy.

An industry first!  With Sierra's field adjustment Apps, we build, calibrate and stock the InnovaMass 241i insertion version so it can be purchased online and shipped next day.

The iSeries Vortex has Arrived

Under what is called the iSeries platform, the all new InnovaMass 241i is now a platform for massive innovation. The reinvented InnovaMass 241i delivers a revolution in flow energy management by maximizing measurement precision and realizing this goal with the following new iSeries features:

Raptor II OS: The Flow Engine Behind It All

Driven by Raptor II OS, the 241i insertion has a vastly improved flow profile calculation using a proprietary application called FloPro. With all insertion point velocity flow meters, knowing the flow profile inside the pipe or duct is key to stable and reliable accuracy. Traditional insertion meters use a simple formula from Miller’s Handbook that calculates flow profile assuming the flow is always turbulent.

FloPro makes no assumptions. It applies a sophisticated mathematical algorithm for higher resolution and understanding of flow profile. In addition to turbulent flow, FloPro calculates laminar and transitional flow in real-time as they would occur inside the pipe or duct (Figure B). FloPro improves upon previous methods by providing a much more accurate calculation of the flow profile in the transitional flow regime that occurs between laminar flow and turbulent flow. This results in increased accuracy, particularly at low flow rates with a Reynolds Number in the range of 4,000 to 10,000.

Every flow meter is only as good as its calibration. Each InnovaMass is calibrated by Sierra’s new calibration facility in Monterey, California, to assure the highest level of quality. Flow standards with accuracies of 0.2% of reading are used to assure the highest accuracy possible. All calibrations follow the guidelines of ISO 17025 and are directly traceable to national standards such as NIST (United States National Institute of Standards and Technology).

Inspired by Formula One Racing

No reviews were found for Sierra InnovaMass - Model 241i - Insertion iSeries Next Generation Vortex Flow Meters. Be the first to review!