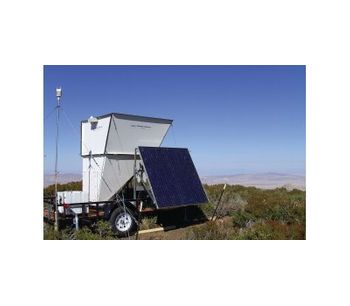 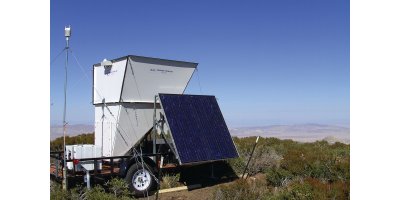 The 4000 series SoDARs are the latest of the Model 4000 product line. These phased array SoDAR systems are based on research dating back to the early 1990’s and have been continuously improved along the way. The 4000 product line features a built in LCD display enabling users to easily access the system and change settings while in the field.

The 4000 offers the highest resolution data available on the market allowing for data recovery in 5 meter increments. This SoDAR measures wind starting at the 30m level up to the 200m level. ASC’s advanced processing techniques ensure that each level is an independent measurement resulting in no smoothing or large scale averaging of the data. The result is in the ability to see the level where wind shear changes. This system is ideal for the wind energy market as it offers detailed analysis of wind throughout the blade span of the vast majority of wind turbines and its independent measurements help to identify the ideal hub height for any given site.

The 4000 offers the ability to stream real-time data when configured with a cellular modem or placed on an existing network. The 4000 can be easily integrated with existing infrastructure as well because users have the ability to control the network settings of the SoDAR. The data provided by the 4000 can be offered in tower compatible format allowing for a near seamless transition from tower to sodar analysis.

The most robust system on the market, the 4000 is capable of being configured with a variety of accessories. These accessories include the ability to sense rain or snow, operate a heating system, run a generator, integrate additional met sensors (such as the WXT520 or the NM150), run off solar or wind power, transmit data via satellite or cell modem, and more. Also, the 4000 series SoDARs are designed to operate all accessories without user intervention. For example, the SoDAR will turn on and off the generator and heaters on its own. ASC SoDARs are designed to monitor and manage their power levels.

The 4000 is a self-diagnostic system. The SoDAR features the ability to detect speaker issues, low gasoline (systems with fuel tanks), battery voltages, internal temperatures, and more. The goal of the 4000 is to enable even a novice SoDAR user to easily maintain their system because the SoDAR will monitor itself.

No reviews were found for SoDARs - Model 4000i/4000s - Phased Array Systems. Be the first to review!