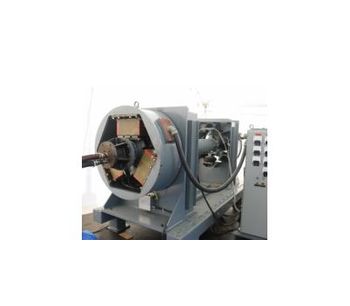 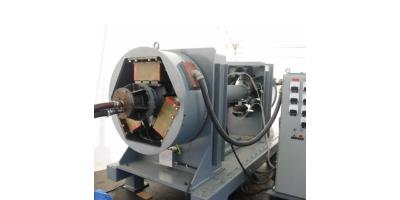 The process assumes a standard impoundment where the ash is extracted wet in a slurry for processing through SonoAsh technology.

The U.S. Environmental Protection Agency (EPA) has established in its Effluent Limitation Guidelines (ELGs) the imperative for pollutants commonly found in Coal Ash such as mercury, arsenic, or hexavalent chromium not be discharged.

A key feature of the SonoAsh process is to be able to reuse Coal Ash water repeatedly with only a modest water treatment component for process blowdown.

By installing SonoAsh facilities where variable ash is recovered, 75% of the fraction produced is a uniform, high-quality, beneficiated ash that allows for the industry to address concerns of variable and insufficient quantities of saleable ash in North American construction materiel markets.

There are hundreds of Coal Ash impoundments in North America. At present, each one represents an unrecognized environmental liability.

But each location also is an unrecognized strategic asset.

A key component of any new infrastructure project is high performance concrete. Coal Ash has long been recognized for its pozzolanic properties and it is regularly specified as a key ingredient for mega projects like the new World Trade Center Complex in New York and the Confederation Bridge in Prince Edward Island.

Based on research at the University of Kentucky Center for Advanced Energy Research, we know that uniform particle size is the key quality metric of Coal Ash used in high performance concrete applications.

What has not been considered in the global drive for reduced greenhouse gas (GHG) emissions is the role that Coal Ash plays today in the building materials supply chain. Coal Ash is used as a displacement for ordinary portland cement (OPC).

The cement industry currently accounts for roughly 5% of the world's greenhouse gas emissions. One ton of produced cement equals one ton of CO2 in our atmosphere.

The SonoAsh patented, sonication process consistently reduces the carbon content in Coal Ash from 5-12%+ loss on ignition (LOI) to

With the carbon reduced from the Coal Ash and a manufactured uniform particle size, the global GHG impacts of enhanced beneficiation of Coal Combustion Residuals (CCR) is significant when used as a displacement for OPC.

Currently, production Coal Ash (where possible) is sold as an 'ingredient' into the cement marketplace and does not allow any benefits to be credited to power production. Instead, the cement industry takes full credit by using a 'waste' product in their ready mix formulation list.

Coal Ash remains the most important pozzolonic additive to concrete. However, there is an increasing spot shortage of production Coal Ash supplies in some regions of North America with the replacement of coal in domestic distributed energy systems.

With these emerging pressure points, Coal Ash will become an internationally tradeable commodity. The reclamation of impounded and landfilled Coal Ash and will soon be favored to meet the growing demand.

The SonoAsh process will allow Coal power producers to view their Coal Ash impoundments as strategic assets and realize the potential of a rapidly evolving Coal Ash market.

As the world comes to terms with carbon emissions responsibilities, there is an opportunity for industry to take on a leadership role and own the change.

How the cement industry delivers next generation cement product solutions requires a look at traditional ingredients through the lens of modern 21st century technologies.

At climate change conferences in Copenhagen, Paris, and most recently Marrakech, governments of the world are looking for ways to reduce CO2 which is one of the primary greenhouse gases (GHG). The cement industry accounts for 5% of the world's greenhouse gas emissions. One ton of produced cement equals one ton of CO2 in our atmosphere. The world has an insatiable appetite for cement. Annual cement production is rising rapidly and is expected to surpass 4 billion tons per year by 2050.

In addition, and more significant, the SonoAsh patented process creates a uniform particle size Coal Ash required in the strength and durability of High Performance Concrete.

The SonoAsh patented process can be applied to wet or dry Coal Ash impoundments of variable quality.

For industry, the to opportunity to lead by example will pay dividends in a variety of arenas for years to come.

There is a global shortage of economically mined, safe and stable strategic metals.

The US Department of Energy continues to lead significant efforts into the development of technologies to recover strategic elements.

The burning of coal has traditionally only been used to generate power. Any consideration to condense and recover rare and strategic metals holds significant revenue potential.

Coal burning should be considered the first step of a closed loop, economically and socially viable method of unconventional mining such that power generation and clean building material production, from an economic perspective, are secondary benefits.

In 2015 at the World of Coal Ash conference in Nashville, TN, Lucinda Tolhurst presented her research pointing out the values of these rare and strategic metals ranging anywhere from $4500 per ton of coal ash to $46,000 per ton.

The SonoAsh patented process removes 75% of the ash material leaving the 25% carbon fraction with all metals encapsulated.  The result is a unique and exceptionally rich ore body allowing for energy and metal extraction opportunities.

Strategic metals are generally defined as metals vital to modern technology and industry, but that have sources susceptible to disruption.

Technologies such as jet engines, lasers, X-ray equipment, long-life batteries, glass and high strength steel parts are all made possible through the use of strategic metals.

The SonoAsh process is the answer.  The process provides a strategic opportunity to recover REEs from coal ash.

According to the US Geological Survey and the US Department of Energy, many US coal ash impoundment assays demonstrate most of the seventeen rare earth elements are present.

Formed during the coal combustion process a cenosphere is a lightweight, inert, hollow sphere made largely of silica and alumina and filled with air or inert gas.

They are discharged with the ash slurry to the impoundments and eventually some float to the surface.

Cenospheres have been used for more than 20 years to improve the properties of a
variety of finished consumer products.

No reviews were found for Sonicator. Be the first to review!