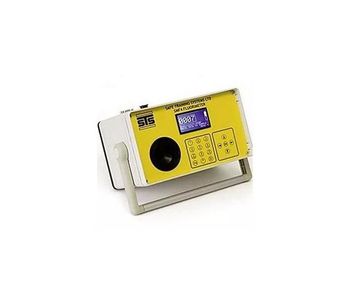 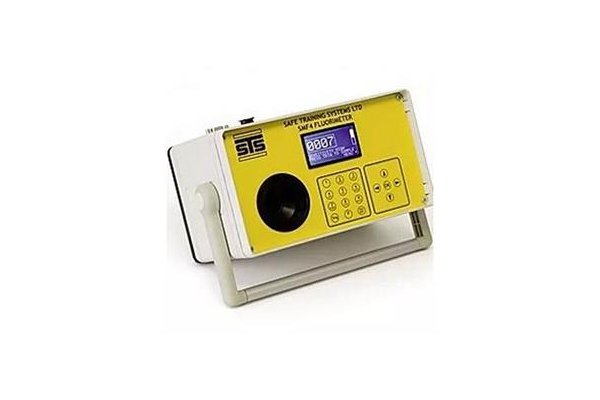 The SMF4 allows users to rapidly identify sources of polluting loads in rivers and rain water sewer systems.  This is achieved by utilising an amino acid called tryptohan as a surrogate marker for BOD/COD.  With a measurement time of less than 2 seconds it provides instant answers on water quality to enable rapid resolution without waiting for lab results.

The instrument menu is accessible from the keypad and offers the following user defined settings:

The SMF4 is powered by NiMH rechargeable batteries, which give a useful operating period of approx 30hrs with the backlight on. When logging in sleep mode at hourly intervals the battery life is approximately 4 weeks. Approx 8hrs full recharge time required using provided charger.

Battery life is shown by a battery level indicator icon on the LCD display.

STS have produced the fully portable SMF4 Fluorimeter which allows instant quantification of Tryptophan, a surrogate for BOD, in water samples on site, allowing immediate decisions to be taken regarding water quality and control actions.

This technique simplifies and quantifies investigations into cross connections in sewers and recycled water systems, illegal discharges to surface waters and monitoring consent agreements. Operation and control of the instrument has been streamlined so that it can be used by non scientific staff.

The great benefit of the SMF4 is the speed of measurement enabling large surveys to be undertaken, recorded and analysed within a matter of hours, whilst also giving real time information on immediate pollution issues.

The example below is of a river monitoring exercise carried out in Bude (UK). The darker orange figures show elevated readings above normal background suggesting pollution of the watercourse with organic matter. These point sources can then be traced back up the outflows to identify the actual source of the pollution in real time without having to send samples back to the lab for costly analysis.

The design of the SMF4 draws heavily on the research carried out by Prof Andy Baker and his team at the University of New South Wales & formerly of Birmingham University (UK), who showed that Tryptophan is an excellent indicator of anthropogenic pollution and that its measurement by fluorescence was straightforward. Further research allowed strong correlations to be made between tryptophan and the standard Biological Oxygen Demand test, but with an instant result rather than a 5 day delay. (research papers are listed at the end of this document)

The graph below shows an example of the established correlation between BOD and SMF4 fluorescence intensity counts.

The instrument is capable of detecting concentrations of BOD equivalence as low as 1 BOD and up to 300+ BOD (with very high BOD’s some dilutions may be necessary to reduce turbidity) giving the instrument a very wide scope of use from Final Effluent analysis through to direct pollution from farm, industrial and household point sources.

SMF4 units are being used in the field for online monitoring of reverse osmosis plants in Australia, analysis of borehole water in South Africa and Cross Connection of foul water sewers to culverted streams and storm water drains in the UK. Systems have also been used for tracing of pollution events in surface water systems and in the analysis of final effluents where discharge consents are difficult to achieve due to fluctuating loads. The SMF4 also has a function in determining required energy input and possible recirculation decisions in treatment plants based on the final effluent BOD equivalent readings.

Users of this instrument are therefore in both the water companies, seeking to improve energy efficiency, resolve cross connections and achieve required consents, and the enforcement agencies, in their monitoring of such consents and in the identification of diffuse and point source pollution.

No reviews were found for STS - Model SMF4 - Field Portable Fluorimeter. Be the first to review!