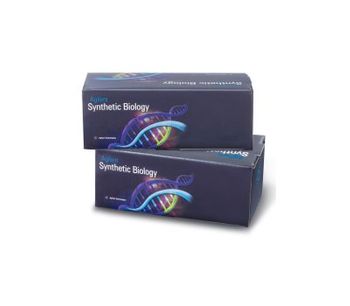 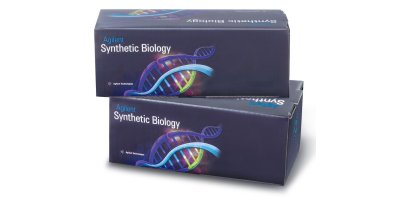 The Cas9 endonuclease kit is part of an integrated solution for in-vitro CRISPR/Cas resesarch. Use this kit for in-vitro cloning of large genes or DNA fragments without the limitations imposed by common restriction enzymes or PCR fidelity. Allows cleavage of DNA at single and multiple locations based on a custom sequence of interest. Customizable endonuclease specificity, Higher specificity than restriction enzymes, Integrates with free to use, web-based Guide RNA design tool for in-vitro cloning applications

The CRISPR-Cas9 system is quickly becoming one of the most widely used technologies enabling advancements in genetic engineering, synthetic biology, and functional genomics. The driving force behind the acceptance of the CRISPR/Cas is its unmatched specificity and the ease with which we can manipulate that specificity without sacrificing activity or reducing fidelity. What started out as an unlikely hypothesis, the bacterial immune system, is poised to become a cornerstone of genome engineering and synthetic biology.

Bacteria have an immune system?

When Clustered Regularly Interspaced Short Palindromic Repeats (CRISPRs) were first observed in 1987, their function was a mystery [1]. Subsequent research revealed the presence of these repetitive loci in many prokaryotic genomes [2], their linkage with conserved Cas genes [3,4], spacer homology to sequences of plasmid and viral origin [5-7], and the transcription of CRISPR small RNAs [8]. These findings led to the hypothesis that CRISPR-Cas systems comprise a genetic interference mechanism for restricting the spread of viruses and plasmids [9], a prediction that was later verified experimentally [10,11].

The native CRISPR/Cas system has two genetic components: an operon containing the Cas genes, and CRISPR arrays containing “spacer” sequences separated by identical repeats. As part of a signaling cascade in response to infection, the Cas operon is activated. A subset of the Cas proteins integrate short stretches of foreign DNA into the CRISPR array as spacers [22]. These become an integral part of the genome, providing a genetic memory of previous infections. Other Cas proteins initiate a defense mechanism against the foreign DNA that accompanies viral or bacterial invasion. At the start of this process, long precursor (pre-cRNA) is transcribed from the CRISPR array. It is then cut at the repeat sequences by Cas nucleases into short CRISPR RNAs (crRNAs). These small crRNAs complement the foreign DNA sequences previously stored in the CRISPR array and are bound by Cas nuclease in a complex that allows the invading DNA to be degraded, neutralizing the infection.

Three types of CRISPR/Cas systems have been characterized [12], but Type II has become the choice for genetic manipulation, due to its efficient dsDNA cleavage both in vivo and in vitro, and that it uses fewer components than the other types. The Type II systems process pre-crRNAs via a small trans-activating crRNA (tracrRNA) complementary to the repeat sequences in pre-crRNA. The Cas9 DNA nuclease in a Type II system recognizes an RNA helix formed between the tracrRNA and the targeting crRNA, guiding Cas9 to the target DNA. Cleavage by Cas9 is thus highly site-specific, using Watson-Crick base-pairing between the crRNA and the target DNA. A short sequence in the crRNA known as the protospacer adjacent motif (PAM), which is 5’-NGG in S. Pyogenes, is a just downstream from the region complementary to the target DNA and is also required for cleavage. The RNA complex formed by base pairing between the tracrRNA and the crRNA is an essential part of the system. In 2012, however, it was demonstrated that a single guide RNA (sgRNA) could replace these two components [13]. This discovery greatly expanded its ease of use and flexibility of CRISPR-Cas9 for genetic modification, which has led to a multitude of applications.

Unlocking the power of CRISPR-Cas9 with gRNA

While the tracrRNA:crRNA target-selection mechanism works efficiently in nature, a Cas9 system guided by a chimeric sgRNA simplifies custom programming of DNA cleavage. The sgRNA, fuses the 3′ end of crRNA to the 5′ end of tracrRNA, mimicking the RNA structure of the tracrRNA:crRNA complex. This sgRNA concept enables a simplified system, reducing the number of components required to utilize CRISPR/Cas as a genetic engineering tool. The tracrRNA sequence is fixed in the CRISPR-Cas9 system, but the cRNA sequence region can be varied to target any region of interest in the genome. The sgRNAs can be constructed from oligonucleotides using in vitro transcription (IVT), or synthesized. Agilent’s technology for massively parallel oligo synthesis thus unlocks the full power of CRISPR-Cas9 genetic engineering by enabling the use of thousands of different sgRNA sequences at an affordable cost, either singly or in a comprehensive library, to meet the needs of any genetic modification experiment.

Targeting and editing genomes with CRISPR and Cas9.

After Cas9 was shown in 2012 to be programmable for cutting DNA sites in vitro, a flood of papers published demonstrating the utility of this platform in a wide range of cells and organisms [14]. Initially, it was used to target endogenous genes in bacteria, human cancer cell lines, pluripotent stem cells, and in an animal model(zebrafish). Since then, Cas9 has been used to modify genes in yeast [15], tobacco [16], thale cress [16], rice [17], wheat [17], sorghum [18], mice [19], rabbits [20], frogs [21], fruit flies [22], silkworms [23] and roundworms [24]. Most recently, the CRISPR-Cas9 system has been used to precisely edit genes in Cynomolgus monkeys [25].

One key to this success is the ability for Cas9 to facilitate cloning of DNA fragments larger than 5 kb where PCR starts to fall down. The purified Cas9 enzyme can also be used for the quantitation of SNP frequencies in a mosaic population, by selectively cleaving either the SNP or the WT forms for a QPCR quantitation.

A unique advantage of the CRISPR/Cas system, unlike meganucleases, ZFNs or TALENs, is the ability to easily modify multiple sites in parallel [14]. By using multiple gRNAs in combination, it has been used to induce small and large deletions or inversions, and to simultaneously introduce mutation of multiple genes in rat cells [26], mouse ES cells [27] and the somatic cells of zebrafish [28].

This multiplexed approach can be expanded to the –omics level using large gRNA libraries. These libraries can include multiple gRNAs for almost every gene in a host organism, facilitating forward genetic screens on an unprecedented scale. Libraries of up to 122k distinct gRNAs are already being used for phenotypic screens in human and mouse cells [29-31]. This type of systematic screening represents an advantage over RNAi technologies, which induce non-permanent changes in expression levels, whereas CRISPR-Cas9 modifies the genome, resulting in a true genetic knock-out [32]. CRISPR/Cas also offers the advantages of targeting non-coding regions, and providing more consistent and reproducible results when compared to RNAi.

No reviews were found for SureGuide - Model Cas9 - Nuclease Kits. Be the first to review!