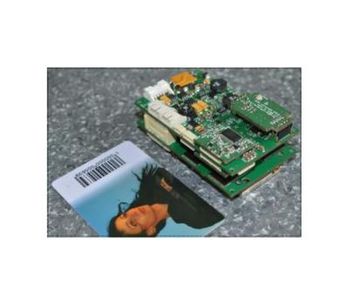 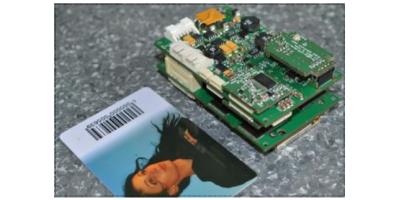 Transmitter are one of two main components of our telemetry system. At the operation of free flying measuring probes, the scientist always faces the same question: How do I get the measured data of my system? Our transmitter, together with our ground stations, form a closed data transmission system. The communication is done over a coded radio network, so only our ground stations are able to work with our transmitters and vice versa. To reduce the technical effort for the user these two main components are available as complete packages, which contain all necessary parts and functions to operate a probe with this telemetry.

The transmitter are specially designed to be used on small research balloons, where the available space and payload weight is very limited.

With data transmission rates of 160 kBaud, they are nearly 10 times faster than other systems. That's why our telemetry, for the first time, allows to fly measurement systems even with high sample rates respectively high measure resolutions and nevertheless transmit the data live and entirely to the ground station!
The capacity of this transmission is still not fully exploited, but for higher data rates we always have to go into a compromise with a lower range.

At the same time the transmitter do also form a complete operational support platform for a connected measurement system.
The aim here is to provide all functions normally needed by any slave system, which can be used nearly 'plug & play'. This way the user (scientist) does not has to think about the development of these support systems and is able to focus on his actual area of expertise, the measurement system.

The system has additional unused resources, like internal hardware interfaces, which are reserved for future expansions.

Our transmitters, or the entire telemetry system, was designed to operate where large among of data have to be transferred between two places over a long distance, but no local infrastructure is available or not intended to be used. A concrete example are measurement systems on board of free flying research balloons, which measured data have to be transferred to the user on the ground directly.

The transmitter's characteristic to provide not only a fast telemetry, but also to function as a complete operative platform for the connected measurement system, makes them particularly versatile.

The following describes some typical operation scenarios (see also the application part of our ground stations):

3. Transmission reliability in disrupted environmentSituation: The research flight is part of a campaign with several other experiments, like radar and other active telemetry units

4. Usage of the internal bufferSituation: The measurement system to be used has a very high data rate, higher than the maximum transmission rate of the telemetry.

5. Selective interruption of the flightSituation: A research flight has to be interrupted at a defined point, to avoid the payload touchdown in an area where a recovery is not possible.

6. Direct flight control of the carrier systemSituation: An experiment is installed on a controllable carrier system, like a glider which will be dropped from a research balloon.

No reviews were found for Telemetry Transmitter. Be the first to review!