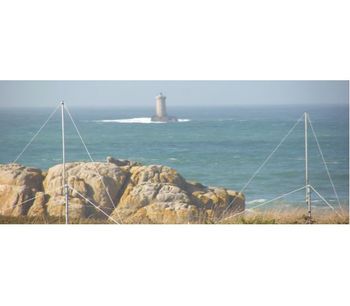 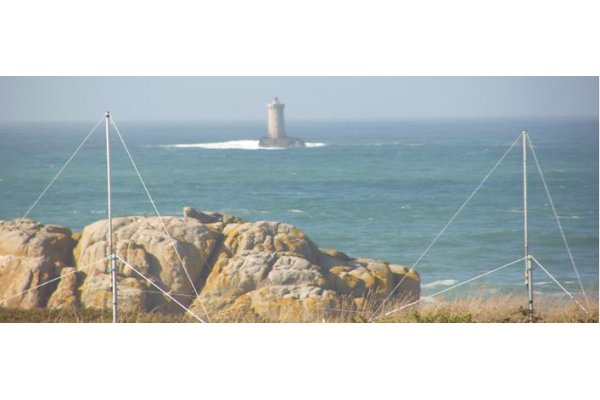 Our passion for environmental and ocean engineering made us enter the oceanographic market in 1999 with the development and production of our shore-based WERA Remote Ocean Sensing System and since then became one of the main businesses of HELZEL Messtechnik GmbH. The shore based radar system WERA is a powerful oceanographic instrument giving reliable information about large ocean areas. The flexibility makes it attractive for scientific experiments, as well as for permanent installations for applications like search and rescue or vessel traffic services.

The robust shore based system delivers reliable data even under extreme weather and very dynamic ocean current conditions. This surface current image was taken during the passage of Tropical Storm Henri on the 5th of September 2003.

Numerous live comparisons of the WERA data with other measurement techniques prove the high quality of the near real-time measurments of the system.

Time series comparison of the surface currents (WERA data in black) and sub-surface currents measured with an ADCP current meter during the experiment at the west coast of Florida.

The WERA system is a new development carried out in 1995 at the University of Hamburg by Klaus-Werner Gurgel et al and the hardware development was completed in 2000 at Helzel Messtechnik GmbH.

The WERA system (WavE RAdar) is a shore based remote sensing system using the over the horizon radar technology to monitor ocean surface currents, waves and wind direction. This long range, high resolution monitoring system operates with radio frequencies between 5 and 50 MHz. A vertical polarised electromagnetic wave is coupled to the conductive ocean surface and will follow the curvature of the earth. The rough ocean surface interacts with the radio wave and due to the Bragg Effect back-scattered signals can be detected from ranges of more than 200 km.

The Bragg effect describes the coupling of the electromagnetic wave with the ocean wave field. Reflections from waves that fulfil this Bragg conditions will generate a dominant signature in the received signal spectrum due to in-phase summation of amplitudes. The expected signature is a Doppler shifted signal with a specific Doppler Shift given by the velocity of the according gravity wave.These Doppler shifted signals will be symmetrical around the normalised centre frequency, as long as the ocean surface does not move. An ocean current will shift these Bragg peaks up or down in frequency. This additional frequency shift contains the information used to calculate the velocity of the ocean current. This effect was first described in 1955 by Crombie and the first radar system using that effect was developed at NOAA in 1977 by Don Barrick et al.

The WERA system is a new development carried out in 1995 at the University of Hamburg by Klaus-Werner Gurgel et al and the hardware development was completed in 2000 at Helzel Messtechnik GmbH.

The WERA system is operating in a frequency modulated continuous wave mode (FMcw). A continuously swept rf-signal is transmitted. The reflected signal has a frequency offset compared to the actual transmitted signal, thus the range is frequency encoded.

The radar is continuously transmitting very low rf power, no gating or pulsing sequences are used. The required de-coupling between transmitter (Tx) and receiver (Rx) has to be achieved by means of using separate locations for Rx and Tx antennae. These systems provide best signal to noise performance due to the extreme low noise FMcw transmission mode.

This allows us to discuss the pros and cons of these configurations full and frank with potential radar users and enables us to find the best radar configuration for your specific application.

WAVES
Significant waveheight and directional
spectra up to 100 km

WIND
Direction up to 200 km
Wind speed (under investigation)

Low and non-harmful RF-power
(7.5 Watts per transmit antenna).
Almost no interference with other radio
band users due to FMcw operation mode

Near real-time mapping for measuring

While the tsunami wave is approaching the beach, the surface current pattern changes slightly in deep water and significantly in the shelf area as it was shown in theoretical considerations and later proved during the 2011 Japan tsunami. These observed tsunami signatures showed that the velocity of tsunami currents depended on a tsunami wave height and bathymetry. The HF ocean radar doesn't measure the approaching wave height of a tsunami;however, it can resolve the surface current velocity signature, which is generated when tsunami reaches the shelf edge. This strong change of the surface current can be detected by a phased-array WERA system in real-time; thus the WERA ocean radar is a valuable tool to support Tsunami Early Warning Systems (TEWS). Based on real tsunami measurements, requirements for the integration of ocean radar systems into TEWS are already defined.The requirements include a high range resolution, a narrow beam directivity of phased-array antennas and an accelerated data update mode to provide a possibility of offshore tsunami detection in real-time.
The developed software package allows reconstructing an ocean surface current map of the area observed by HF radar based on the radar power spectrum processing. This fact gives an opportunity to issue an automated tsunami identification message by the WERA radars to TEWS. The radar measurements can be used to confirm a pre-warning and raise a tsunami alert. The output data of WERA processing software can be easily integrated into existing TEWS due to flexible data format, fast update rate and quality control of measurements. The archived radar data can be used for further hazard analysis and research purposes.

The newly launched Tsunami Warning Center in Oman is one of the most sophisticated tsunami warning system world-wide applying a mix of well proven state-of-the-art subsystems. It allows the acquisition of data from many different sensor systems including seismic stations, GNSS, tide gauges, and WERA ocean radars in one acquisition system providing access to all sensor data via a common interface. The TEWS in Oman also integrates measurements of a modern network of HF ocean radars to verify tsunami simulations, which give additional scenario quality information and confirmation to the decision support.

WERA can be fully integrated into a national Tsunami Early Warning System providing valuable data to reduce the false alarm rate improving the reliability of the entire system. For timely Tsunami detection, the shelf edge should be located > 50 km off the coast.

No reviews were found for WERA - Remote Ocean Sensing System. Be the first to review!