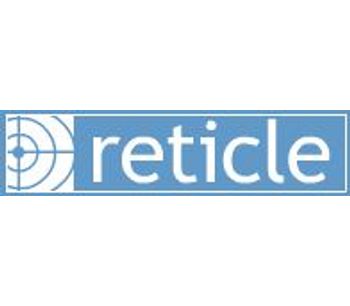 Virtually everyone is aware of the 'scourge of acid mine drainage,' which is a serious problem in abandoned mine properties. In abandoned mine properties, naturally occurring bacteria generate acidic, highly oxidative water that infiltrates and dissolves metals from mine workings including tailings, poor rock piles, fractured mine rock, or other materials that are exposed to air. Indeed, in many older mining properties, tailings piles represent a larger problem than mines themselves. Intruding water flows through the bacteria concentrations, picking up acids and salts and washing them out of the material and into the surrounding groundwater and surface water.

The scope, scale, and diversity of this problem is...

The scope, scale, and diversity of this problem is extremely broad, and the water pollution it is causing is widespread. The acid drainage problem is not endemic to only one type of mine; it is a problem for coal, hard-rock, metal and a spectrum of other mining operations. When groundwater enters old mines, it flows through bacterial colonies and mixes to form a solution that leaches an array of ions from the exposed ores and rocks. Thereafter, that water flows through the mine site and outward into rainwater, runoff water, reservoirs, or groundwater. As such, the water that flows through the mine becomes a motile fluid for moving the pernicious ions and acids out of their original location in the mine and into the surrounding groundwater and surface water.

A classic example of the magnitude of this problem is the Bunker Hill Mine near Kellogg, Idaho. This mine was the largest producer of lead and zinc for nearly 100 years until being shut down in the late 1970s. An estimated 1-10 billion gallons of acid mine drainage are formed in the mine daily. This acidic water (pH of 1.8) contains on average 5000 ppm Zn, 3000 ppm Pb and 10,000 ppm Fe and most of the rest of the periodic table of metals in a wide range of concentrations. The water flows from the main mine site to the west fork of the Coeur d’Alene River where it is neutralized to a pH of approximately 4. At this pH, the dissolved metals precipitate as 'yellow boy,' an insidious mixture of iron hydroxides with lead and zinc precipitates (and the rest of the periodic table). The solution buffers the river to a pH of 4 immediately killing fish, and the sediments settle into the river silt where plant and animal life can uptake the metals into the food chain. It would be difficult to conceive of a messier, uglier environmental problem than this.

Increasingly because of government action, old minewater treatment plants have been constructed to contain, clean, and remediate these waters, but those treatment plants are extremely costly and much less effectual than hoped. The EPA has constructed water cleanup plants under the auspices of the Superfund, meaning that such plants were hastily and imperfectly built with little regard for plant efficiency or operating costs. Those plants typically employ the most elemental precipitation or other technologies, and precious little attention is ever given to cost or efficacy. Remediation plants have been implemented because they are mandated, not because they are economic or cost effective. Typically such plants have employed metal ion removal by adding sodium sulfide for metal sulfide precipitation, cyanide destruction with chlorination, and acid neutralization with lime. Such methods are crude, blunt instruments that perform poorly and are literally 'using a 10-lb sledge to drive a carpet tack.' The incredible waste of energy and resources in these plants are a most unsatisfactory solution.

Reticle has conducted Reticle Carbon CDI laboratory experiments on samples of acid mine drainage from a gold mine in Colorado. The CDI technique is shown to be very effective at not only removing the metal and acid ions but in producing a water that is neutral in pH. The water originally contained 5 g/L iron and 0.4 g/L copper at a pH of 1.9. The outbound stream from the Reticle Carbon CDI process contained less than 1 g/L iron, with no detectable copper and the solution pH was 7 (pure water). Interestingly, the iron precipitated as ferric hydroxide which flowed out of the cell as solid precipitates, and the copper plated on the surface of the anode. (Reticle Carbon CDI directly electroplates copper from dilute solution.) The acid drainage was essentially changed from a hazardous solution into two commercial products—neutral clean water and electroplated copper sheet—and one inert, non-toxic landfillable solid—iron hydroxide.

By setting up a parallel bank of Reticle Carbon CDI cells, one can effectuate real-time recovery of water from mine drainage. In particular, it is possible through parallelization to treat the entire outflow from an old mine, deionize the drainage water, recover the ions if there is value there (which there often is—after all, they were once mines!), and thereby engage in a real time cleanup process. The benefits of a complete, real time solution from an environmental perspective is staggering. The Reticle Carbon CDI cell used in this fashion has a very low operating and maintenance cost, and the only waste generated is a concentrated ion solution which will take up a small volume in storage impoundments for final processing. This concentrate can either be flashed or precipitated to recover the dissolved ions, or it can be injected or disposed of in other ways. (Some hydrologists have suggested using precipitates from the water as 'grouting' to reroute water away from areas of bacterial activity. In such cases, precipitates will be formed from the drainage by adding lime, and the 'slurry' could be pumped underground to block or impede the flow of water. Concentrated solutions such as those discharged from a Reticle cell would be ideally suited for the grouting application.) Because its concentration is high after processing through a Reticle Carbon CDI cell and its volume is therefore low, such disposal should be a tractable problem. Furthermore, with Reticle Carbon CDI cells operating on drainage effluent from old mines, acid will be concentrated rather than neutralized. As such, therefore, some economic value may be recovered from sale of concentrated acid.

The Bureau of Land Management estimates that there are as many as 100-200 mines in the western United States alone that unfortunately exhibit precursor conditions for producing acid rock drainage and in fact do so when water flows through those mines. Current EPA and MSHA regulations would mandate immediate cleanup of these sites, and as a result, mining companies would be very interested in the lowest cost, most efficient process for such cleanup. Some mining companies take such mandates seriously and are motivated to effectuate all necessary cleanup. Some mining companies are financially unstable and tenuous and tend to abandon or shirk whatever cleanup responsibility they may incur along the way and strive to foist it off on the government or a third party. It is clear that the government must be prepared to pick up the bill for mining companies that are either intrinsically dishonest, leave the country, shut down or enter bankruptcy, or lack the requisite funds to effectuate drainage water cleanup on an ongoing basis into the future. The government is an obvious, direct client for Reticle Carbon CDI cleanup technology. With the escalating cost and escalating liability in the mining and environmental remediation industry, it is clear that individual companies are going to be increasingly financially incapable of such remediation. It is destined to systematically default to the government.

No reviews were found for Acid Mine Drainage Remediation Services. Be the first to review!