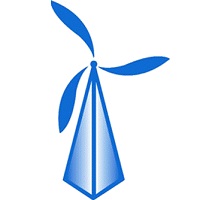 One of the most frequently requested set of tests. It is a straight forward series of analyses that provide an objective evaluation of a site for bioremediation.

We provide information on biological treatments whether used alone or in the combination with chemical and physical treatments. As an example we cite the following as a guide in bioremediation treatments---processes which use component microorganisms and the enzymes they produce to transform or degrade contaminants found in groundwater, surface water, soil, sediment, and sludges. Biological treatment processes include bioreactors, biofilters, ponds and lagoons, land treatment, composting, and subsurface aerobic/anaerobic treatment.

We can evaluate, optimize, and implement site specific biologically based remediation solutions... for soil, sludge, and groundwater, resulting in complete cleanups in shorter periods of time. Chlorinated solvents, Petroleum Hydrocarbons, Munition, PCBs, Pesticides, Industrial Solvents, and other chemical by-products can be biologically remediated over time.

Our Bioremediation Lab Services include:
Microbial Enumerations such as Total Heterotrophic Plate counts are used to determine the presence and diversity of species of both total and contaminant reducing microbial populations (iron oxidizers, sulfate reducers, aerobic/anaerobic bacteria and fungi). Comparative population determinations can also be performed by Most Probably Number (MPN) methods.

Biofeasibility Testing determines if contaminants can be biodegraded over a reasonable period of degrader efficiencies, analysis of contaminant and nutrient chemistries, and physical site constraints.

Other Bioremediation Services Include:

No reviews were found for Bioremediation Monitoring Services. Be the first to review!