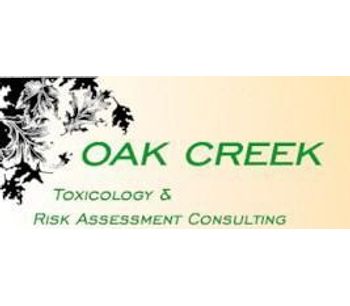 0
Share Share with Facebook Share with Tweeter Share with LinkedIn
Evaluation of Relative Risk (PCBs vs. Dioxins and Furans). Dr. Smith prepared a report for submission to the State of California Environmental Protection Agency (CA EPA) documenting the incremental hazard posed by polychlorinated dibenzo-p-dioxins (PCDDs) dibenzofurans (PCDFs), and biphenyls (PCBs) in Aroclor mixtures used in electrical transformer fluids. The state asked the client to investigate the need for monitoring PCDD and PCDF concentrations associated with PCB soil contamination at a transformer maintenance and repair facility. Dr. Smith compared the relative hazard of PCDDs and PCDFs to that of PCBs from virgin transformer fluid to indicate that monitoring was not necessary. Because the relative hazard posed by PCDDs and PCDFs was less than 3 percent of that posed by PCBs the client did not have to monitor of devise a separate remedial strategy for PCDDs and PCDFs in site soils.

Evaluation of Relative Risk to PAH Compounds in So...

Evaluation of Relative Carcinogenic Risk for Several Threshold Carcinogens. Dr. Smith evaluated the relative carcinogenic risk posed by three threshold carcinogens: dioxin, arsenic, and benzene and compared these carcinogenic risks to an over-the-counter analgesic, acetaminophen (paracetamol). Dr. Smith estimated the cancer potency of acetaminophen using a linear low-dose, non-threshold, method for extrapolating carcinogenic risk to low levels of human exposure. Dr. Smith compared the cancer potency estimate for acetaminophen to that published by the US EPA for dioxin (2,3,7,8-tetrachlorodibenzo-p-dioxin), arsenic, and benzene.  Although the relative carcinogenic potency of acetaminophen is lower than any of the other compounds, it poses a greater cancer risk.  Excess lifetime cancer risk (ELCR) associated with a dose of 500 mg acetaminophen per week posed more than 100-times the cancer risk associated with the allowable amount of dioxin, 1 part per billion (ppb), in soil and 4- to 7-orders of magnitude higher cancer risk than that posed by typical exposure to the maximum allowable concentrations of arsenic or benzene in drinking water.

Evaluation of Relative Exposure to Estrogenic Compounds in Surface Waters. Dr. Smith compared the concentration and relative estrogenic potency of several synthetic compounds, dicofol, DDT and its metabolites DDD and DDE, methoxychlor, lindane, chlordane, dieldrin, and endosulfan, with levels of natural estrogen in surface waters. Dr. Smith determined the percent contribution of natural estrogen and synthetic estrogen-like compounds historically detected in the Chesapeake Bay watershed to total estrogenic activity in these surface waters. The amount of natural estrogen, derived solely from chicken farms within this watershed, contributed the majority of the estrogen-like activity to surface water. Additional agricultural and human sources, such as municipal sewage treatment facilities, are likely to contribute even more natural estrogen than Dr. Smith estimated comes from area chicken farms.  In contrast, Dr. Smith demonstrated that the total of the highest ever recorded concentrations of synthetic estrogenic compounds account for less than 1 percent of the estrogenic activity of surface waters within the Chesapeake Bay watershed.  This suggests that U.S. EPA efforts focused on regulating synthetic estrogenic compounds is inappropriate.

No reviews were found for Comparative Risk and Exposure Analysis. Be the first to review!