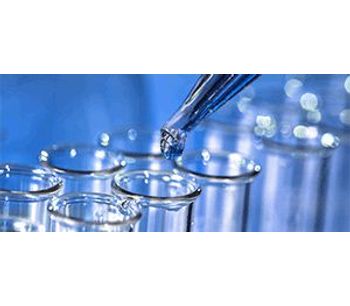 Employee Drug testing and  Drug-Free Workplace programs for DOT and non-DOT company personnel. Includes Pre-employment, Random, Reasonable Suspicion (aka, For Cause), Post Accident, Return to Duty, and Follow Up drug testing. OHS Inc. manages 'Drug-Free Workplace' programs in all 50 states for companies with and without U. S. Department of Transportation (USDOT) regulated employees. We can also provide drug testing of 10 to 1,000 employees 'onsite' (at your workplace) - or at your Job Fair - anywhere in the USA or Canada!

USDOT drug testing requirements are considered the Gold Standard of employee drug testing. Therefore, many companies without any DOT-regulated employees test for those same drugs, under the same timing and circumstances. Further, some companies choose to add other drugs - including alcohol - to their test panel. Some test their employees for as many as eight to twelve (8-12) different drugs.  Whatever your choice, OHS Inc. can do!

Unfortunately, employers must continue drug testing today because employee drug-abuse continues today. OHS Inc. can help your company become and stay drug-free no matter where you are located in the USA, no matter how many locations you have nationwide. Contact us for a quote!

Employee drug testing services including pre-employment, random, and reasonable suspicion (aka, 'for cause'), post accident, return to duty, and follow up employee drug testing is provided nationwide - all 50 states - by OHS Inc.  Onsite drug tests of 10 to 1,010 of your employees or employee candidates - at company offices, job sites, or Job Fairs - can also be easily scheduled by OHS locally, regionally, and nationwide.

Separately administered, each of the six 'types' of employee drug tests defined and explained below are important and effective 'to an extent', especially, for their purpose of their 'timing'.  But, when all six types are fully employed together, employee drug testing builds and maintains a solid Drug-Free Workplace program.

Random drug testing is essentially 'surprise' drug testing- once the employee is tapped on the shoulder, they can't opt out. On the other hand, pre-employment drug tests are the 'easiest' of the six types of tests for job candidates to 'pass'. That is because your job applicants usually have sufficient advance notice of being tested (i.e., the window from time of the interview invitation to time of the actual interview appointment). This helps drug-users to avoid a drug test that has a 'Positive' result.

Further, even if your hiring ad does not state, 'We require drug testing of all applicants.'...today, the unemployed drug-user looking for work knows that the vast majority of companies are now doing at least 'pre-employment' testing. This knowledge enables drug-user applicants to stay 'clean' for enough hours (e.g., alcohol) or enough days (with many drugs, only 1-2 days needed) to then test 'Negative' and get hired! If they DO use drugs or are alcoholics (also a 'drug', remember), what do you think they will do with their first paycheck???

Employers: to view just how short the time-frame is that most drugs are 'detectable' when testing urine of a job candidate (e.g., in advance of a 'Pre-employment' drug test) please click this link: Detection Time Frame  (With most drugs, if the job candidate 'abstains' from using for 2-3 days beforehand,they will likely test 'negative' on the day of their interview).

Drug tests on a 'random' basis are not as common as pre-employment drug tests. It should be. The real purpose of random testing is NOT to 'catch' employees that are using drugs. It is to prevent employee workplace drug abuse. Random employee drug testing is THE most effective deterrent of employee workplace drug-use. And simply...that's because 'the fear of being caught' (and losing their job and income) is THE most effective deterrent.

Think about it: have you ever seen someone purposely accelerate their car through a 'red' light (after the 'yellow' light had already changed), and a POLICE CAR was ALSO in plain view? The smart company keeps their random program 'high profile' and 'well publicized' by notices in the parking lot, workplace, coffee break room and even occasionally inside their pay envelope. This ensures that ALL employees are aware of its frequent occurrence throughout the year. Employees consistently being reminded of the chance of being 'randomly' selected for a drug test 'at anytime' and 'without any advance warning' is the BEST test 'type' to deter workplace drug use. OHS, Inc. can provide 'randomly-scheduled' random  testing onsite - at your offices or job site - anywhere in the USA!

3. Reasonable Suspicion (aka, 'For Cause')

Testing for 'Reasonable Suspicion' is a type of test too little utilized by companies. That is true even with those companies that routinely do both pre-employment and random drug testing. The reason is that most companies do not bother to get their supervisors and managers properly trained in how to recognize the 'indicators' of employee workplace drug use. Without the proper training, supervisors and managers do not know what to do about it if they did observe such indicators!

The USDOT requires 'Reasonable Suspicion' training for supervisors of companies with DOT-regulated employees. Because there is no such 'law' or 'regulation' requiring companies with non-regulated employees to do so, few of them do. That is a big mistake because of all six 'types' of drug testing, tests done for 'reasonable suspicion' results in 'positive-for-drugs' at a higher percentage than for any of the other five types of drug tests.

OHS, Inc. offers an extremely effective 'online' Reasonable Suspicion Supervisor Training program. We strongly recommend you put all your supervisors and managers through it even if you do not have DOT-regulated employees. This special training covers all the subjects of 'Workplace Drug-Abuse Awareness' and 'Reasonable Suspicion' drug testing required by the USDOT. Their training will definitely help keep your company's workplace - and your employees, customers, vendors - much safer!

Testing for drugs following an on-the-job accident has become somewhat a 'standard' type of workplace drug testing for many companies. That is policy even for some companies that do not do any other type of testing. Why?

In most states, an employee that tests 'positive' for one or more drugs immediately following an on-the-job accident may be legally subject to dismissal 'for cause'. They also may sometimes be held ineligible to receive certain benefits. Either or both unemployment insurance and Workers' Compensation can be lost! If your company does not now do post-accident testing, OHS Inc. strongly suggests that you BEGIN!

Passing a drug test as a condition of a 'Return to Duty' is required of DOT-regulated employees. That is, 'IF' their company's written Drug-Free Workplace Policy allows for re-hire after a policy rule violation. Return to Duty testing also requires a prior completion of a successful counseling by a Substance Abuse Professional (SAP) before re-hire. (DOT-regulated company policies are NOT required to allow for re-hire after a drug policy rule violation. But they must stipulate that in their written policy if that is the case.)

Return to Duty drug tests are essentially 'pre-employment' tests. The suspended employee is re-applying for the position they lost. OHS, Inc. strongly recommends that non-regulated companies that have a re-hire policy also implement this same Return to Duty testing process as is required by the DOT.

6. 'Follow-up'- applied only to previously suspended employees 'if' re-hired

Follow-up employee tests are another DOT requirement upon re-hire. That is, if re-hire is allowed under company's written policy (see Return to Duty, above). A minimum of five (5) such 'Follow-up' drug tests of the reinstated employee are required in the first 12 months following re-hire. Under DOT rules, these five Follow-up tests must be scheduled 'randomly' throughout the year. They are to be administered IN ADDITION TO any personnel drug testing ALSO required under 'Random', 'Reasonable Suspicion', or 'Post-accident' causes during the same 12 months.

No reviews were found for Employee Drug Testing Services. Be the first to review!