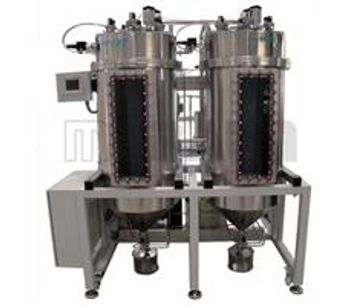 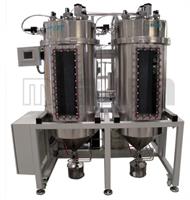 The latest news from research centers and the accumulated experience from manufacturers indicate that the presence of particles constitute a frequently underestimated problem in their research. Not only do they have undesired effects on the quality of the material, but can reduce the overall yield of an entire manufacturing process.

To remove evenly distributed particles from larger enclosures the unidirectional flow also known as laminar flow is the preferred approach. In principle it is a controlled, directed gas flow through the entire cross section of a defined volume with constant velocity and in parallel streamlines. Laminar flow is often utilized for the protection of products that are extremely sensitive to particle contamination during transferring, filling and packaging.

In contrast to evenly distributed particles are localized fumes and dusts as they are generated for example during welding. For such kind of contamination a totally different approach is needed to achieve effective separation. Systems which meet this demand are called cyclones which use rotational effects and gravity to separate airborne particles from gas streams. The contaminated feed enters a cylindrically or conically shaped vessel and flows in a helical pattern from top to bottom before exiting the cyclone in a straight stream through the center of the cyclone and out the top. Larger (denser) particles in the rotating stream have too much inertia to follow the tight curve of the stream, and strike the outside wall, then falling to the bottom of the cyclone where they can be removed. MBRAUN adapted and amplified this principle by introducing the MB CleanJet series to the market. Clean jets are enhanced cyclones with the capability to remove dense particle fumes from highly inert gas streams.

No reviews were found for Particle Removal Solutions. Be the first to review!