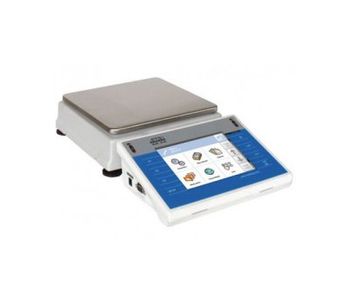 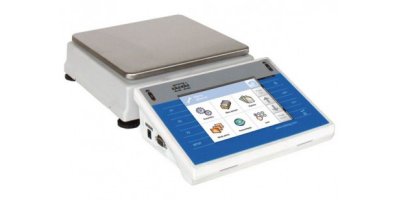 Weights and measures legislation for the control of packaged goods is often dressed up as a complex issue. The government has issued a detailed document to enable companies that need to pack to fixed weights help and advice on how they achieve compliance. Visit the Government Legislation site regarding The Weights and Measures (Packaged Goods) Regulations 2006. Our Average Weight System allows companies to weigh and record samples whilst producing reports for end of batch via printers or dedicated networked software.

Scales HTY/KTP scales are equipped with modules that put packed products control into practice. The module is supported by database containing products and operators lists. A control started by the scale is automatically stopped after controlling pre-defined quantity of packages (samples). Number of the packages is fixed by scale program depending on product batch size. Scales feature 5,7″ colourful, graphic touch screen display and full alphanumeric keyboard aiding scale operation and setting control parameters.

Control cycle runs according to the following scheme:

Each carried out control is ended with a final report containing all information that is necessary for prepacked products control report. The report is automatically saved in scale memory and at the same time it can be printed by printer connected to scale.

Scale HTY/KTP series in single stand version for control of prepacked products is supported by computer application “ViewerKTP” . It is used for monitoring and/or printing of products’ control reports and packages’ tares from completed controls. The reports are printed on a printer connected to computer.

Scale HTY/KTPS series connected to a computer software KTP NET 2003 form a multiposition system (network). Each scale is an independent weighing stand and information about control procedure is regularly sent to the computer program that enables real time acquiring data from each connected scale. System enables starting a control from the level of scale or from the level of computer program. The HTY/KTPS series enables operation in Ethernet network.

No reviews were found for Average Weight System. Be the first to review!