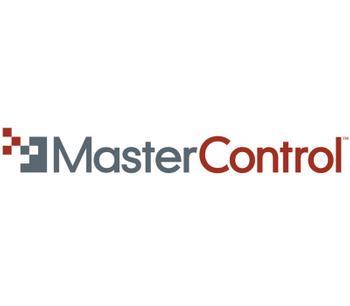 MasterControl Offers Bill of Materials (BOM) Software Systems to Automate Bill of Material / BOM Management. Each manufacturing company has its own unique production flow. But every company's production is reliant on a bill of materials systems that can accurately identify and list the components required to produce a particular product at any given revision level. Bill of materials software can help companies simplify and standardize BOM management across departments to ensure dynamic and profitable manufacturing.

How Can MasterControl's BOM Software Systems help you?

Managing BOMs systems with spreadsheets is extremely tedious and prone to error, especially when distributed product development teams, contract manufacturers, or outside sources are involved.

The BOM software system from MasterControl controls all BOM iterations generated during the design process and enables users to exchange BOM data with suppliers. All departments get an updated, accurate view of revision levels of every component in their particular configurations. Documents defining components are easily viewed from the BOM, insuring that the right documents and revisions are used in manufacturing.

Changes aren't communicated through the supply chain rapidly enough, leading to the wrong revision of a component being built or excessive scrapping and reworking of products. Manually mailing, emailing or faxing changes is time consuming and problematic which may disturb the whole bill of materials system.

The bill of materials software from MasterControl is traceable and secure, and provides instantaneous electronic communication. Because the BOM management software is integrated with the document management system, in-process changes are readily viewed by buyers/planners and costly mistakes can be avoided. All parties involved in the supply chain are accountable for actions once changes are approved and communicated.

Without a bill of materials system, collaborating with contract manufacturers is inefficient, slow and costly. Difficulties frequently arise when allowing or restricting various suppliers' access to collaborations.

Authorized suppliers can have restricted access to the bill of materials software system from MasterControl, allowing them to make markups to design files and associated BOMs at any point in the design process designated by the user. This saves time and money by eliminating the need to implement suppliers' modifications into reworked designs after manufacturing has commenced.

The bill of materials software system from MasterControl estimates the cost of the final product and sub-assemblies, allowing users to focus design changes on the most expensive components.

Features and Benefits of Bill of Materials (BOM) S...

Features and Benefits of Bill of Materials (BOM) Software

Revision Control: Each BOM is stored on a separate MasterControl InfoCard, allowing multiple revisions to be approved and used for reference. BOMs can be sent on collaboration routes from the BOM management software, allowing users to redline and propose changes without affecting the approved version.

Familiar Structure: MasterControl's bill of materials system provides a configurable yet consistent approach to creating, viewing and handling BOMs. Users already accustomed to working with BOMs will be able to effortlessly organize product data using a familiar tool. Any BOM may also be copied by MasterControl to be used as the basis for new BOMs.

Auto-update: BOM systems by MasterControl automatically update with new revisions of component InfoCards, creating a new instance of the BOM in the process.

In Sync: MasterControl keeps engineering BOM data synchronized with manufacturing BOMs by enabling integration with ERP systems and providing BOM control. Different teams or departments can all have access to BOMs throughout the design process.

Establish Connections and Track Changes: The 'where-used' feature displays exactly where a part is used across multiple BOMs, permitting users to determine the impact of a single part change and updating subsequent changes where needed. Assembly or sub-assembly InfoCards can be readily located in the MasterControl's bill of materials system so users are aware of parts under construction and sub-assemblies to which particular components belong.

Bulk Replace: A single part used in many locations can be replaced simultaneously by using MasterControl's BOM software to select assemblies to be updated, components to be substituted or components that require new revisions.

PDM Connector: BOMs can be created or edited manually or through PDM interfaces like MasterControl's PDM connectors. MasterControl can take a BOM from a PDM solution and keep all the hierarchal relationships intact.

Advanced Analytics Exporting: New where-used reports are created for all single parts and assemblies to show every occurrence of a given item number's utilization. Hyperlinks within the reports connect to associated BOM management records in the system. Users can also configure how data is exported and synchronized with ERP systems via the MasterControl API Toolkit™.

No reviews were found for Bill of Materials (BOM) Software Systems. Be the first to review!