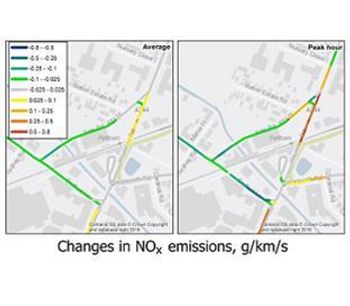 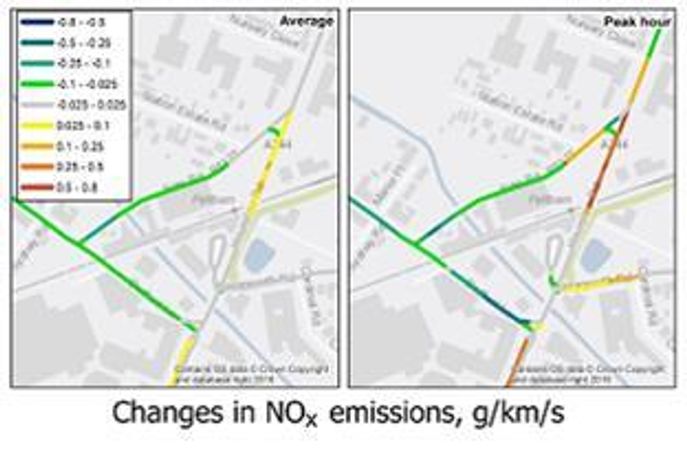 EMIT is a comprehensive tool for compiling and editing emissions inventories, which allows simple, fast calculation and analysis of emissions.

Current users of EMIT include government bodies and local authorities across the United Kingdom and elsewhere, as well as environmental consultancies and research institutions. All users of ADMS-Urban and ADMS-Airport are highly recommended to use EMIT to store and manipulate the typically large quantities of data involved in these types of modelling. ADMS-Roads users will also find that EMIT can speed up the input and manipulation of emissions data for dispersion modelling.

Traditionally emissions inventories are developed with laborious and error-prone methods such as complex spreadsheet manipulations or GIS calculations. EMIT can substantially simplify the process. For example:

When local authorities develop Air Quality Action Plans for an urban area, an important aspect is estimating the emissions consequences of traffic management schemes such as Local Emission Zones. EMIT has been specifically designed to help with this task. EMIT allows you to consider the effect on emissions of the following aspects, both individually and in combination:

The effect on emissions can be quantified for individual toxic pollutants and greenhouse gases, in total and as contributions from specific road vehicles such as diesel cars.

The figure below shows an approach for investigating the effectiveness of traffic management schemes. Four different scenarios are considered:

Comparing the different emissions from these scenarios allows a clear assessment of the impact and effectiveness of the proposed scheme. EMIT enables the user to assess multiple scenarios in a fraction of the time required by traditional methods. EMIT can store emissions data from a variety of sources. These broadly fall into two categories.

Firstly there are the explicit sources such as:

Secondly, EMIT can hold data from sources that may be too small to be considered explicitly, and instead are treated as average emissions on a 1 km2 grid, such as:

Sources with known emission rates can be imported directly, for example, the emissions from Part A industrial sources can be downloaded from the UK Pollutant Release and Transfer Register (UK PRTR).

However, explicit emissions from most sources are not known. This means that emissions have to be estimated. This can be done in one of two ways.

In order to calculate emissions from activity data, associated emission factor datasets are required. Over fifty datasets are held in EMIT. The table below gives some examples.

Emission factors are included for the following pollutants:

Full details and references for all the datasets in EMIT are contained in the User Guide.

CERC provides training on compiling an emissions inventory. The course focuses on collating data for use in air dispersion modelling and covers the type of sources to include in an inventory, the data format, calculating emissions, locating emission factors, and aggregating sources into grids.

Emissions data in the following formats can be imported directly into EMIT:

Once data manipulations and calculations within EMIT have been performed as required, emissions data can be exported from EMIT as ArcView shape files. For major roads data, these files can be imported directly into noise mapping software that implements the UK noise standard Calculation of Road Traffic Noise (CRTN).

Alternatively, the data can be exported to a format that can be imported directly into CERC's air quality management tool, ADMS-Urban/ADMS-Roads for use in local air quality assessments of Air Quality Strategy pollutants, or to the industrial assessment model, ADMS 5.

Emissions totals are displayed in the EMIT interface, and can be copied and pasted into other packages for editing, use in reports and so forth.

EMIT contains an integrated visualisation and manipulation utility called the EMIT Mapper. It allows source data not only to be displayed graphically but also manipulated. New sources may be added and existing sources may be moved between groups. The geometry of a source may be changed directly, perhaps by using background map data as a guide. Additionally, sources may be edited via their EMIT source data screens. The map created in the EMIT Mapper can be copied and pasted into other packages such as Microsoft Word.

The Mapper allows the user to choose which source types to show or hide. Sources can then be selected and are highlighted in red in the above image and also listed in the Selections window.

The Mapper has various GIS tools and options are available for filtering and shading the sources. The Database Explorer displays all the inventories within the database and the source groups within each inventory.

The tool interface is designed so that the user can enter the data required for the modelling in as straightforward a way as possible.

EMIT is supplied with an in-depth user guide (see the User guides page) that details how to set up an emissions inventory, traffic management and greenhouse gas inventories, as well as appendices giving full details of all the emission factors datasets included within the database.