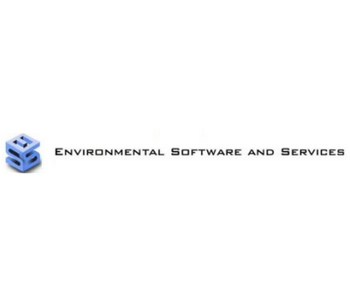 Environmental Impact Assessment is a key application domain of environmental information and decision support systems. EIA is a classical application of scenario analysis, addressing WHAT - IF questions, which requires a number of IT elements: Data management for the baseline and project alternatives; A knowledge base for a rule-based intelligent evaluation framework; Simulation models for the scenario analysis, estimation of impacts; Multi-criteria participatory DSS methods for ranking dn comparative analysis; Real-time process control to manage the workflow and information exchange in a participatory and open EIA procedure.

The EIA procedure: The EIA procedure can be summarized as follows: the developer or project proponent may request the competent authority to define what should be covered by the EIA information to be provided by the developer (scoping stage); the developer must provide information on the (expected) environmental impact -- this is where simulation models can be used to predict such impacts (EIA report, Annex IV); the environmental authorities and the public (and affected Member States) must be informed and consulted; the competent authority decides, taking into consideration the results of consultations. The public (including various interest groups) is informed of the decision afterwards and can challenge the decision before the courts: easy public access to all information and support for a participatory decision making process is therefore a key requirement.

While most practical impact assessment studies use several methods or combinations of methods, a classification of methods and approaches will help in a summary presentation and discussion of the various techniques. The scientific literature on environmental impact assessment is very large and is growing rapidly. A more recent survey is compiled, in the form of a bibliography with abstracts, in Clark, Gilad, Bisset et al., 1984. A classical overview of impact assessment is given in Munn, 1979, and a recent overview with special reference to developing countries can be found in Biswas and Geping, 1987. Greenberg et al. (1979) in their book on industrial environmental impact concentrate on industrial production and impacts in terms of noise, water and air pollution, and solid waste.

The following summary of methods is largely based on Biswas and Geping, 1987.

Ad hoc methods Ad hoc methods provide little, if any, formal guidance for an impact assessment. While varying considerably with the team of experts, they usually identify a broad area of impact rather than define specific parameters which should be investigated or attempt a quantitative assessment. A major advantage, however, is in their ease of use and the possibility to tailor them to the specific circumstances of a given assessment problem without the constraints of a rigid formalism. As a consequence, however, they depend very much on the background, expertise and experience of the people undertaking them. While fast, and possible to conduct with minimal effort, they do not include any assurance of completeness or comprehensiveness; they may lack consistency in the analysis due to lack of guidance and a specific formalism; and they require the identification as well as the assembly of an appropriate group of experts for each new assessment.

Obviously, checklists do carry a geographical, as well as cultural, bias or, if universal in intent, carry a large number of mutually exclusive categories. They are usually also implicitly oriented towards certain categories of projects, related to the history of their development. Further, their elements may be interrelated (for example, the categories of water bodies and their relevant properties in the example above) such that the linear presentation in the listing has to be interpreted as a hierarchical or even multi-dimensional system in many cases.

Various sub-categories of approaches can be identified, based on checklists:

Impact matrices combine a checklist of environmental conditions likely to be affected with a list of project activities, the two lists arranged in the form of a matrix. The possible cause--effect relationships between activities and environmental features are then identified and evaluated cell by cell. Matrices can be very detailed and large, the classical Leopold matrix contains 100 by 88 cells, and is thus somewhat cumbersome to handle (Leopold, Clarke, Hanshaw et al., 1971). As a consequence, numerous extensions and modifications have been developed for almost each practical application (e.g., Clark et al., 1981; Lohani and Thanh, 1980; Welch and Lewis, 1976; Phillip and DeFillipi, 1976; Fischer and Davies, 1973). In a more strategic approach, project planning matrices are used to structure and guide the assessment procedures in the goal-oriented ZOPP (Ziel-Orientierte Projekt Planung) method (GTZ, 1987).

Overlays Overlay methods use a set of physical or electronic maps, of environmental characteristics and possible project impact upon them, that are overlaid to produce a composite and spatial characterization of project consequences (McHarg, 1968; Dooley and Newkirk, 1976). Modern geographical information systems such as GRASS, developed for EIA by the US Army Corps of Engineers, use graphic workstations to implement overlay techniques using digital cartographic material and the more versatile logical interactions between spatial features.

Networks and diagrams Networks are designed to explicitly consider higher order, i.e., secondary and even tertiary consequences in addition to the primary cause--effect relations addressed by the methods above. They consist of linked impacts including chained multiple effects and feedbacks (Sorensen, 1971; Sorensen, 1972; Gilliland and Risser, 1977; Lavine et al., 1978). IMPACT is a computerized version of network techniques, developed by the US Forest Service (Thor et al., 1978).

Cost--benefit analysis Cost--benefit analysis (CBA), in a narrow sense, is an attempt to monetize all effects for direct comparison in monetary terms. While providing a clear answer and basis for the comparison of alternatives, the monetization of many environmental problems is sometimes extremely difficult and thus can affect the usefulness of the method considerably.

Numerous approaches to help monetize environmental criteria have been developed. Some of the more frequently used include the cost of repair, i.e., the estimated cost to restore an environmental system to its original state, or the willingness to pay, based on direct or indirect (e.g., travel cost) approaches to assess the value, for example, of park land or wilderness. Approaches and problems, as well as the underlying economic theories, are discussed (e.g., in Cottrell, 1978; Kapp, 1979; or Burrows, 1980). An excellent and critical treatment of cost--benefit analysis, and evaluation in environmental planning in general, can be found in McAllister, 1980. A discussion of the principles of environmental extensions to traditional cost--benefit analysis is given in Hufschmidt, James, Meister et al., 1983.

Modeling  Systems analysis and modeling are among the few techniques that allow consideration of multi-dimensional problems that involve multiple (and usually conflicting) objectives, multiple criteria, multiple purposes and users, as well as interest groups.

Basically, modeling attempts to replicate a real-world situation, so as to allow experimentation with the replica in order to gain insight into the expected behavior of the real system. Models, implemented on computers, are extremely powerful tools of analysis, though they are often demanding and complex.

Modeling has been used extensively in developed countries, but its use for impact assessment in developing countries has been rather limited because of constraints on resources, especially in expertise and data.

The two main problems, namely, lack of expertise and lack of data, are good reasons to look into the use of computers, in particular into new technologies such as expert systems, interactive modeling, and dynamic computer graphics. The basic idea behind an expert system is to incorporate expertise, i.e., data, knowledge and heuristics relevant to a given problem area into a software system.

Environmental impact assessment usually deals with rather complex problems that touch upon many disciplines, and rarely will an individual or a small group of individuals have all the necessary expertise at their disposal. The expert systems component of an EIA system can help to fill this gap and at the same time take over the role of a tutor. For recent surveys of the role and potential of expert systems technology in environmental planning and assessment, see Ortolano and Steineman, 1987; Hush on, 1987; Gray and Stokoe, 1988; Beck, 1990.

No reviews were found for Environmental Impact Assessment Software (EIA). Be the first to review!