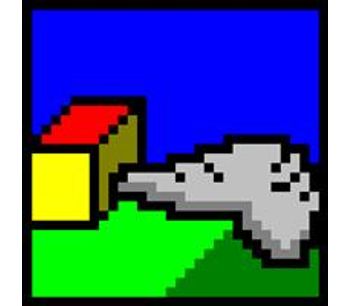 GASTAR is used for:

GASTAR is an integral (or box) model. Using a combination of conservation laws applied to the cloud, supplemented by semi-empirical relations derived from dispersion research, it calculates spatially-averaged properties of the cloud, and their variation with distance downwind, and then applies profiles to give the concentration at any point. Novel features, such as slopes and obstacles, are incorporated into the integral formulation. Efficient solution algorithms require only seconds to solve a typical problem.

The application is simple to use, with a well-designed user-friendly Windows interface similar to other CERC models, simplifying input data entry and providing flexible examination of output. GASTAR is also supplied with a database of material properties for common toxic and flammable substances; further substances can be added by the user as required.

GASTAR was developed in association with the UK Health and Safety Executive (HSE), with specialised features used by RISKAT, the HSE's Risk Assessment Tool. In addition, GASTAR has been used by consultants in studies, both in the United Kingdom and elsewhere, including LNG spills, flammable hydrocarbon waste jets and site safety planning.

In addition to standard features, such as continuous plume and instantaneous puff releases and momentum jet sources, dense and neutral releases, GASTAR includes many novel features, such as the effects of terrain (variable slopes and ground roughness) and obstacles (fences and buildings, which may be porous), a pool uptake model (GASTAR interfaces with CERC's comprehensive pool spill model LSMS), time-varying releases and a jet that may point in any direction. In general, other denser-than-ambient dispersion models only include a subset of these features.

Results from GASTAR can be viewed graphically using the built-in graphics tool or in tabular form via the interface. Output from each run includes a summary of the input data and output for all calculated cloud properties at any specified time. Additionally, a wide range of derived output is available, such as concentration-time histories at any (x, y, z) location and, as appropriate, characteristics of the lower flammability limit (LFL) contour, flammable volume and mass, dose and toxic load.

The model includes the following options:

Initial Air Entrainment
For instantaneous and continuous releases only. Because of the nature of some releases, particularly explosive instantaneous, it is desirable to allow an initial mixing with air for the source term. It is unlikely in a real incident that the exact amount of air entrainment at the start would be known, however you are required to give the mass (flux) of air entrained at the start. The model assumes this to be at the air temperature and will use this together with the mass (flux) and temperature of released material to recalculate an overall cloud temperature and density.

Flashing Calculation
Pressurised liquids which flash upon release to the atmosphere require calculation of the flash fraction i.e. the proportion of the release changing to gas; the remaining material is assumed to be suspended aerosol. No allowance for rainout is made.
Hazardous fraction specification

This parameter gives the fraction of the release that is considered hazardous. For general use this is the whole release.

Initial Momentum Mixing (puff releases)
The default is for the momentum to be initially well mixed. This option is used to determine the initial conditions for puff momentum mixing.

Typically, instantaneous releases are a result of some catastrophic event such as a tank rupture or explosion. In these cases it is easy to see that internally the puff will have a well mixed momentum. For some situations this is not true, for example the Thorney Island instantaneous heavy gas dispersion trials. Here the cloud was created inside a large tent-like construction that dropped to the ground to release the puff. The material effectively appeared as a large stationary puff which slowly picked up speed as the wind advected it away. It would be more appropriate to model this case assuming the momentum was not well mixed initially. The effect of this is to make the cloud advection velocity start from zero and gradually grow. When the Momentum initially well mixed option is chosen, this reduction factor is not used and the cloud advection velocity is non-zero from the start of the modelling process.

Pool Uptake Model (time-varying releases)
The Pool uptake model provides a simple way for you to create a time-varying source term based on the evaporation of material from a pool. The model uses the supplied evaporation rates to calculate the subsequent cloud development above the pool which can then be used as a source term inside GASTAR.

Azimuthal and Elevation Angles (jet releases)
Azimuthal angle: this is the horizontal bearing of the jet at the source. This is measured in the same manner as the wind bearing, clockwise from north in degrees and represents the direction from which the jet is coming.

Elevation angle: this is the elevation angle of the jet at the source. This is measured from the horizontal and is positive if the jet is pointing upwards.

Being able to specify any jet direction with respect to the wind, and also the jet height above the ground, makes GASTAR much more flexible than some other models.

Effect of Obstacles (buildings, fences and walls)
Denser-than-air clouds may be significantly affected by the interaction of the cloud with solid (or porous) obstacles such as buildings, tanks or pipe arrays or the source structure itself.

Our approach is to consider a small number of relevant and commonly occurring situations and to seek to provide models for those cases. Within the spirit of integral models we look for algorithms that will reflect the influence of obstacles on advection (speed and direction), dilution and, for time-varying or instantaneous releases, the fluid hold-up near the obstacle.

Of particular note is the porosity factor which allows estimates of the effects of porous structures such as pipe racks on industrial sites.

Effect of Slopes
Variations in the elevation of the underlying surface will influence the buoyancy driven motion of the dense gas. Topography, whether in the form of a general slope, isolated hills or more complex terrain, will alter or divert the cloud or plume. The topography may enhance plume dilution and divert the plume away from regions of elevated terrain. Alternatively, the dense plume may be channelled into valleys or low-lying areas and then be protected from the diluting influence of the ambient flow. There is extensive treatment of the interaction of topography with buoyancy influenced flows in the geophysical literature, but little use has been made of this information source.

Topographic features that are small compared with the size of the release may be considered in much the same way as buildings or structures but without any substantial flow separation unless the topography is very abrupt.

When the topographic feature is large compared with the scale of the release, the topography reduces to the local slope. Somewhat surprisingly, the downslope velocity of a dense fluid released on a slope under calm conditions is not a strong function of the slope. Larger slopes lead to increased entrainment and dilution, with the entrained fluid acting as an effective drag on the downslope flow.

When the wind is upslope, the cloud widens and its dilution is enhanced. When the wind is downslope, the cloud is narrower and the dilution is decreased. The variation of the lateral growth of the plume results from the effective summation of the wind and the buoyancy induced motion down the slope. The entrainment is influenced by the velocity shear and will therefore be enhanced by an upslope wind and reduced by a downslope wind. The ambient velocity required to reverse a downslope flow of a plume or cloud is a weak function of a slope and is typically twice the downslope flow under calm conditions. In the case of cross winds, the dilution is not greatly affected.

Effect of Ground Roughness Changes
If you have slopes turned on and choose not to use the Meteorological screen data, you will need to enter meteorological data for each slope segment and these data will be displayed in the table summary. This feature can be utilised to allow for varying ground roughness without actually altering the ground slope. This allows you to account for changes in land use in the modelling.

Cloud Properties Along the Centre-line

The user may choose to add extra output steps by time and/or position, to get the maximum range to particular concentration, gridded concentration output.

Output for GASTAR may be presented graphically with its integrated free-floating graphics screen (x-y plots for all cloud properties; flammable output plots). A tabulated record of user input and all model output is also available.

The model interface is designed so that the user can enter the data required for the modelling in as straightforward a way as possible.

GASTAR has participated in major validation exercises, such as those of Hanna et al.1 and SMEDIS2. The comparative exercise of Hanna et al. showed GASTAR to be one of the best performers for the standard data sets in flat terrain; while in SMEDIS the model was able to simulate successfully data sets from a wide range of experiments, most featuring one or more of the complex effects of slopes, obstacles and aerosols.

GASTAR is supplied with an in-depth user guide (see the User guides page) that details all user inputs and outputs and includes description of other utilities such as the pool uptake model, the Flash calculator, the X-Y plotter and the flammables plotter.