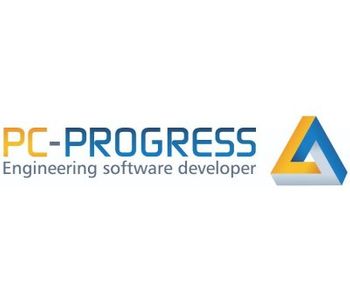 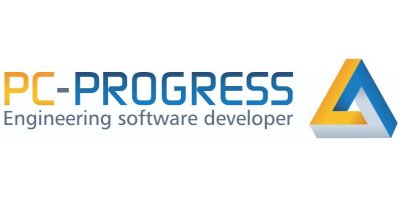 Hydrus-2D is a Microsoft Windows based modeling environment for analysis of water flow and solute transport in variably saturated porous media. The software package includes the two-dimensional finite element model HYDRUS2 for simulating the movement of water, heat, and multiple solutes in variably saturated media. The model includes a parameter optimization algorithm for inverse estimation of a variety of soil hydraulic and/or solute transport parameters. The model is supported by an interactive graphics-based interface for data-preprocessing, generation of a structured mesh, and graphic presentation of the results. Optionally, the modeling environment includes a mesh generator for unstructured finite element grids, Meshgen-2D.

The HYDRUS2 program is a finite element model for simulating the movement of water, heat, and multiple solutes in variably saturated media. The program numerically solves the Richards' equation for saturated-unsaturated water flow and Fickian-based advection-dispersion equations for heat and solute transport. The flow equation incorporates a sink term to account for water uptake by plant roots. The heat transport equation considers conduction as well as convection with flowing water. The solute transport equations consider advective-dispersive transport in the liquid phase, and diffusion in the gaseous phase. The transport equations also include provisions for nonlinear and/or nonequilibrium reactions between the solid and liquid phases, linear equilibrium reactions between the liquid and gaseous phases, zero-order production, and two first-order degradation reactions: one which is independent of other solutes, and one which provides the coupling between solutes involved in sequential first-order decay reactions. The program may be used to analyze water and solute movement in unsaturated, partially saturated, or fully saturated porous media.

HYDRUS2 can handle flow regions delineated by irregular boundaries. The flow region itself may be composed of nonuniform soils having an arbitrary degree of local anisotropy. Flow and transport can occur in the vertical plane, the horizontal plane, or in a three dimensional region exhibiting radial symmetry about the vertical axis. The water flow part of the model can deal with (constant or time-varying) prescribed head and flux boundaries, as well as boundaries controlled by atmospheric conditions. Soil surface boundary conditions may change during the simulation from prescribed flux to prescribed head type conditions (and vice versa). The code can also handle a seepage face boundary through which water leaves the saturated part of the flow domain, and free drainage boundary conditions. Nodal drains are represented by a simple relationship derived from analog experiments.

For solute transport the code supports both (constant and varying) prescribed concentration (Dirichlet or firsttype) and concentration flux (Cauchy or thirdtype) boundaries. The dispersion tensor includes a term reflecting the effects of molecular diffusion and tortuosity.

The unsaturated soil hydraulic properties are described using van Genuchten [1980], Brooks and Corey [1964] and modified van Genuchten type analytical functions. Modifications were made to improve the description of hydraulic properties near saturation. The HYDRUS2 code incorporates hysteresis by using the empirical model introduced by Scott et al. [1983] and Kool and Parker [1987]. This model assumes that drying scanning curves are scaled from the main drying curve, and wetting scanning curves from the main wetting curve. HYDRUS2 also implements a scaling procedure to approximate hydraulic variability in a given soil profile by means of a set of linear scaling transformations which relate the individual soil hydraulic characteristics to those of a reference soil.

The governing equations are solved using a Galerkin type linear finite element method applied to a network of triangular elements. Integration in time is achieved using an implicit (backwards) finite difference scheme for both saturated and unsaturated conditions. The resulting equations are solved in an iterative fashion, by linearization and subsequent Gaussian elimination for banded matrices, a conjugate gradient method for symmetric matrices, or the ORTHOMIN method for asymmetric matrices. Additional measures are taken to improve solution efficiency in transient problems, including automatic time step adjustment and checking if the Courant and Peclet numbers do not exceed preset levels. The water content term is evaluated using the mass-conservative method proposed by Celia et al. (1990). To minimize numerical oscillations upstream weighing is included as an option for solving the transport equation.

HYDRUS2 implements a Marquardt-Levenberg type parameter estimation technique for inverse estimation of selected soil hydraulic and/or solute transport and reaction parameters from measured transient or steady-state flow and/or transport data. The procedure permits several unknown parameters to be estimated from observed water contents, pressure heads, concentrations, and/or instantaneous or cumulative boundary fluxes (e.g., infiltration or outflow data). Additional retention or hydraulic conductivity data, as well as a penalty function for constraining the optimized parameters to remain in some feasible region (Bayesian estimation), can be optionally included in the parameter estimation procedure.

The program includes a set of controls that allows the user to build a flow and transport model, and to perform graphical analyses on the fly. Both input and output can be examined using areal or cross-sectional views, and line graphs. The Hydrus-2D shell program translates all geometric and parameter data into the HYDRUS2 input format. File management is handled by means of a sophisticated project manager.

Data preprocessing involves specification of the flow region having an arbitrary continuous shape bounded by polylines, arcs and splines, discretization of domain boundaries, and subsequent generation of an unstructured finite element mesh. Hydrus-2D comes with an optional mesh generation program Meshgen-2D by PC-Progress. This program, based on Delaunay triangulation, is seamlessly integrated in the Hydrus-2D environment. In the absence of the Meshgen-2D program, the Hydrus-2D shell provides an option for automatic construction of simple, structured grids.

Output graphics include 2D contours (isolines or color spectra) in areal or cross-sectional view for heads, water contents, velocities, and concentrations. Output also includes velocity vector plots, animation of graphic displays for sequential time-steps, and line-graphs for selected boundary or internal sections, and for variable-versus-time plots. Areas of interest can be zoomed into, and vertical scale can be enlarged for cross-sectional views. The mesh can be displayed with boundaries, and numbering of triangles, edges and points. Observation points can be added anywhere in the grid. Viewing of grid and/or spatially distributed results (pressure head, water content, velocity, or concentration) is facilitated using high resolution color or gray scales. Extensive context-sensitive, online Help is part of the interface.

Examples Distributed With The Model

No reviews were found for Microsoft Windows Based Modeling Environment For Analysis. Be the first to review!