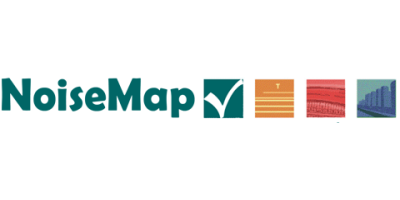 NoiseMap models and calculates noise from all types of ‘tracked transit systems’ i.e. ordinary railways, high-speed railways, metros and tram systems using a procedure called ‘Calculation of Railway Noise’ (CRN) which was published in 1995.  Its basic concept is similar to Calculation of Road Traffic Noise, with various modifications to account for the different nature of railways.  Since the original publication of CRN, various enhancements have been published and these are incorporated in the NoiseMap implementation.

NoiseMap also implements the ‘Train Noise Prediction Model’ or TNPM, developed for the Channel Tunnel Rail Link high-speed railway (often now called HS1).  TNPM is a very flexible prediction system, allowing users to choose their own noise source locations and speed co-efficients.  It also permits the calculation of LAmax. NoiseMap’s TNPM option was used in the preparation of the Environmental Statement for the London to West Midlands section of the HS2 railway*.

General approach to modelling a railway

The railway track is modelled by dividing it into straight segments such that there are uniform traffic and propagation conditions for each segment.  The surrounding topography is modelled in the same way as for roads.

Rail vehicles themselves are modelled differently from road vehicles, however. With roads, it is assumed that the mix of vehicles will be large enough that typical noise emissions can be used for light and heavy vehicles.  For Railways, the mix of vehicles is generally small and dependent on the particular railway line.  Therefore, it is necessary to obtain noise data for the particular vehicles in use.  CRN provides a table of noise emissions for typical vehicles in use prior to 1995, but this list is now rather out of date and although updates have been published, it is quite likely that noise measurements will be needed to determine the source levels appropriate for the line to be modelled.

Railway noise emissions also depend on the rail and wheel roughness, which means that there can be large differences in noise between trains on a single section of track, and also large differences in noise output from the same train on different sections of track.  In fact, other factors mean that the noise from the same train on the same section of track can vary from one pass-by to the next.  These factors present a particular difficulty in predicting railway noise, which add to the uncertainty.

If you wish to use TNPM, you will need to obtain source terms and speed correction factors appropriate to the railway vehicles under evaluation.

No reviews were found for NoiseMap - Railways Noise Calculates Software. Be the first to review!