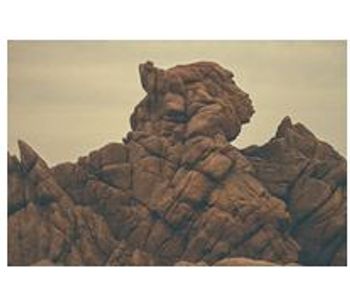 Groups of farmers in a region or in a country can also optimize the environment within a group of modules from changing quantity/quality of water, creating nice landscapes, do bioenergy production or carbon buffering till influence local climates or produce recreational areas. These services have to be worked out with social responsibility in mind but knowing that hard work has to be done to offer them.

Similar like environment services also natural risk reducing services as a next application can be done by groups of farmers in a region or a country: To buffer more water upstream that less water downstream creates no floods is an agricultural/forest service. To manage all this more, better and accurate, just in time information is needed.

The farmers become transponders, experts provide know-how and project-setup, verify and control and farmers get paid for services. The technology available is called EnvirOffice®, again linked with WinGIS and local expert´s integration and expertise to modify and integrate the local needs and models.

One billion farmers around the globe influence with their work the environment positive or negative but are also able to buffer negative results of global megatrends. They need support by experts, must be guided into the right direction, plans must be executed and controlled and benefits created have to be evaluated, valued and paid. As long as we believe that the so called commons that we all own are available without managing and/or take care of them, we will fail. We need responsible people for caretaking and the farmers with experts on their side and controlled will be able to produce any amount of new services. ICT and better information will help, the farmers and the general public. We just have to do it!

“How ICT can help to integrate farmers as part of environmental caretaking, supporting commons?”

The nobel-prize winner Elinor Oström got it 2009 for business science evaluating this question and found results beside native tribes in virgin forests (Africa, South-America) also at Swiss farmer´s cooperatives. She worked out rules: (i) Precise defined borders, (ii) congruence between rules of acquisition & allocation, (iii) local requirements, (iv) org-structures for collective decisions, (v) control & penalty, (vi) conflict solving mechanisms and (vii) a minimum organization structure. We have such structures also in Austria in Alpine regions. Farmers have their private farm in the valleys and on mountains cooperatives exist. It started with the liberalization of farmers in 1849 followed by new commune laws, ground-books and from 1883 the partitioning law of common grounds and definition of use rights for farmers. 1883 – 1925 in the different Austrian countries the regional legislation was setup and a public organization “Agrarbehörde” was established as the public structure to incorporate and control the cooperatives. They have technical and legal departments and in Carinthia (southern region in Austria) 40 people working for 1715 cooperatives with 138.083 ha (avg. 80 ha), 1885: 3013 coops in 230 communes, 1913: 2065 cooperatives with 136.175 ha. The single coop is managed by a board (chairman, treasurer, cash controller) and a general assembly.

The future will show virtual cooperatives, based on local sub-targets with inclusive regional, EC- or even worldwide targets and co-defined and supported also by local communes. They will be managed under a public entity with local farmers engaged and will work also for regional defined and needed environmental- or risk-management targets that are project oriented setup and developed and managed by this public entity in close cooperation with the communes and the general population. When a project/task is finished, involved farmers are paid acc. services they as a person and/or their land delivers to the general-public regarding these commons. In the past - we had few people on the Earth and many commons - we did not need to manage them. In future with 10 bio people and increasing pressure on commons, we must manage them. Farmers/foresters have to fulfill these works based on a social responsibility as private or cooperative owners. Information is the key to manage them better as we can plan, work, control and pay according local targets supported by the communes representing the population and developed together with experts! Every cooperative chairman will know, that the willingness to pay only shows up if the general people understand that not managed commons will disappear what will harm everybody! If we do not manage them, they will disappear.

No reviews were found for Progis - Environmental and Natural Risk Management Software. Be the first to review!