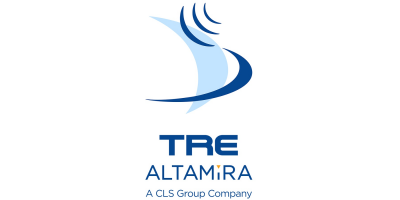 PSI techniques first emerged in 1999 when the Polytechnic University of Milan (POLIMI) produced and patented its Permanent Scatterers Interferometry (or PSInSAR) algorithm.

PSInSAR is a significant evolution of conventional InSAR whereby:

The use of multi-image datasets makes it possible to identify stable reflectors, referred to as Permanent Scatterers, or PS, which are points on the ground that return stable signals to the satellite sensor (e.g. buildings, metallic objects, pylons, antennae, exposed rocks), allowing surface displacement velocities to be measured with millimeter accuracy. The PSInSAR algorithm was licensed to TRE for worldwide application.

Since its introduction in 2010, SqueeSAR has challenged the industry standard by identifying many more ground points, hence increasing the overall understanding of ground displacement occurring in an area of interest.

SqueeSAR™ is the only algorithm that we offer to clients, providing a significantly increased coverage of ground points, especially over non-urban areas. As it was standard with the previous PSInSAR™ algorithm, SqueeSAR™ continues to identify PS but it also exploits spatially distributed scatterers (DS). Whilst PS usually correspond to man-made objects, DS are typically identified from homogeneous ground, scattered outcrops, debris flows, non-cultivated lands and desert areas.

SqueeSAR results can be visualized as:

The position of each measurement point (latitude, longitude, elevation) and its quality values (standard deviation and coherence, which give an idea of how reliable each individual point is) are provided within the SqueeSAR database. The database can be easily imported in a GIS software and visualized or delivered in our web platform TREmaps.

In addition to principle results, the following SqueeSAR™ maps can also be delivered according to the movement expected or any interest in particular features:

Differential displacement, to allow displacements, that have occurred between two single satellite acquisitions (two discreet time periods), to be mapped and analyzed.

What can be Measured?

Single satellite geometry
What is actually measured in interferometric applications is the projection of a target’s motion onto the satellite’s Line Of Sight (LOS). However, the LOS motion can often differ noticeably from the real value of motion, especially in cases where the ground motion is not vertical.

Precision
The most important factors impacting on measurement quality are:

The table below describes the precision values obtained from many analyses of data from the ERS, Envisat and Radarsat-1 satellites. Typical values of precision (1σ) for a point less than 1 km from the reference point (REF), considering a multi-year dataset of radar images.

No reviews were found for SqueeSAR - Advanced Algorithm for Surface Displacement Detectiona Software. Be the first to review!