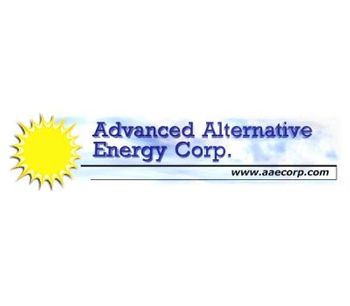 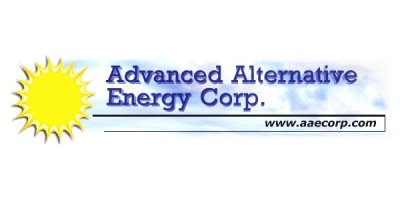 Human beings and the natural world are on a collision course. Human activities are inflicting harsh and often irreversible damage on the environment and on critical resources. If not checked, many of our current practices put at serious risk the future that we wish for human society and the plant and animal kingdoms, and may so alter the living world that it will be unable to sustain life in the manner that we know. Fundamental changes are urgent if we are to avoid the collision our present course will bring about.

The Environment The environment is suffering critical stress:

The Atmosphere Stratospheric ozone depletion threatens us with enhanced ultraviolet radiation at the earth's surface, which can be damaging or lethal to many life forms. Air pollution near ground level, and acid precipitation, are already causing widespread injury to humans, forests, and crops.

Oceans Destructive pressure on the oceans is severe, particularly in the coastal regions which produce most of the world's food fish. The total marine catch is now at or above the estimated maximum sustain able yield. Some fisheries have already shown signs of collapse. Rivers carrying heavy burdens of eroded soil into the seas also carry industrial, municipal, agricultural, and livestock waste--some of it toxic.

Soil Loss of soil productivity, which is causing extensive land abandon ment, is a widespread by-product of current practices in agriculture and animal husbandry. Since 1945, 11 percent of the earth's vegetated surface has been degraded - an area larger than India and China combined - and per capita food production in many parts of the world is decreasing.

Living Species The irreversible loss of species, which by 2100 may reach one-third of all species now living, is especially serious. We are losing the potential they hold for providing medicinal and other benefits, and the contribution that genetic diversity of life forms gives to the robustness of the world's biological systems and to the astonishing beauty of the earth itself.

Much of this damage is irreversible on a scale of centuries, or permanent. Other processes appear to pose additional threats. Increasing levels of gases in the atmosphere from human activities, including carbon dioxide released from fossil fuel burning and from deforestation, may alter climate on a global scale. Predictions of global warming are still uncertain - with projected effects ranging from tolerable to very severe - but the potential risks are very great.

Our massive tampering with the world's interdependent web of life- coupled with the environmental damage inflicted by deforestation, species loss, and climate change - could trigger widespread adverse effects, including unpredictable collapses of critical biological systems whose interactions and dynamics we only imperfectly understand.

Uncertainty over the extent of these effects cannot excuse complacency or delay in facing the threats.

Pressures resulting from unrestrained population growth put demands on the natural world that can overwhelm any efforts to achieve a sustainable future. If we are to halt the destruction of our environment, we must accept limits to that growth. A World Bank estimate indicates that world population will not stabilize at less than 12.4 billion, while the United Nations concludes that the eventual total could reach 14 billion, a near tripling of today's 5.4 billion. But, even at this moment, one person in five lives in absolute poverty without enough to eat, and one in ten suffers serious malnutrition.

No more than one or a few decades remain before the chance to avert the threats we now confront will be lost and the prospects for humanity immeasurably diminished.

What We Must Do

Acting on this recognition is not altruism, but enlightened self-interest: whether industrialized or not, we all have but one lifeboat. No nation can escape from injury when global biological systems are damaged. No nation can escape from conflicts over increasingly scarce resources. In addition, environmental and economic instabilities will cause mass migrations with incalculable consequences for developed and undeveloped nations alike.

Developing nations must realize that environmental damage is one of the gravest threats they face, and the attempts to blunt it will be overwhelmed if their populations go unchecked. The greatest peril is to become trapped in spirals of environmental decline, poverty, and unrest, leading to social, economic, and environmental collapse .

Success in this global endeavor will require a great reduction in violence and war. Resources now devoted to the preparation and conduct of war - amounting to over $1 trillion annually - will be badly needed in the new tasks and should be diverted to the new challenges .

A new ethic is required-a new attitude towards discharging our responsibility for caring for ourselves and for the earth. We must recognize the earth's limited capacity to provide for us. We must recognize its fragility. We must no longer allow it to be ravaged. This ethic must motivate a great movement, convincing reluctant leaders and reluctant governments and reluctant peoples themselves to effect the needed changes.

The scientists issuing this warning hope that their message will reach and affect people everywhere. We need the help of many.

No reviews were found for Collision Course. Be the first to review!