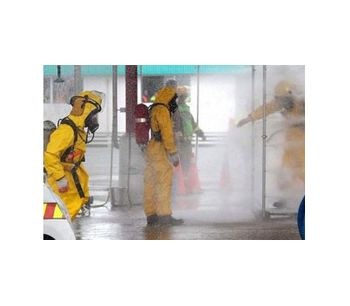 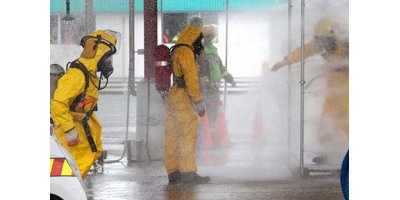 Share Share with Facebook Share with Tweeter Share with LinkedIn
The threat of terror in the form of chemical and biological warfare agents has been a reality globally since March 1995, when the Aum Shinrikyo sect killed 12 people and injured nearly 6,000 by releasing sarin nerve gas in the Tokyo subway system. More recently, the 2001 anthrax attacks in the USA was a wake-up call that the threat is real. Recent outbreaks of H1N1 and SARS posed threats of worldwide epidemics because air travel provides a means for these diseases to spread globally in less than 24 hours. A major concern of several US government agencies, such as the Department of Defense, Homeland Security, and the Centers for Disease Control and Prevention is not only the detection of hazardous chemical and biological warfare agents (CBWA) or bacteria or viruses that pose an epidemic threat, but the timely decontamination of those agents to a level where they no longer pose a threat to human health and life. The solution requires a means to monitor the effectiveness of the decontaminating reactant or reactants to an endpoint that has been reliably shown to be more than 99% effective in rendering the targeted agents harmless under controlled conditions.

The key issues addressed by government agencies going back into the early 90’s and continuing until today are efficacy, materials compatibility, and practicality of the decontamination process. A number of studies resulting in publications have shown that the Steris Vaporized Hydrogen Peroxide (H2O2) Decontamination (VHA DECON) process is effective and practical in (1) decontaminating simulants of CBWA in airline cabins, (2) in decontaminating hospital environments where antibiotic-resistant bacteria were detected and killed, and (3) in the real case in Washington, DC buildings where anthrax was detected and decontaminated. In 2008 the EPA issued a report showing the by-products (water and oxygen) of the Steris Vaporized Hydrogen Peroxide Decontamination process are compatible with Wood, Wallboard, Ceiling Tile, Steel, Carpet, Concrete Cinder Block, and circuit breakers, common materials found in residential and commercial buildings. Other studies have shown that one of the most effective means to monitor the effectiveness of VHP DECON is the use of FTIR Spectroscopy to measure the H2O2 concentrations in real time in different locations within a contaminated enclosure to ensure that the levels of H2O2 are maintained at high enough concentration for long enough to render the hazardous agents harmless. Since 2009, the CIC Photonics, Inc. IRGAS DECON systems have been used successfully in providing additional evidence that FTIR Monitoring of H2O2 during AHP DECON is efficacious, is compatible in that materials in the environments where AHP DECON is applied are not adversely affected, and is practical both in being complete within a reasonable amount of time, and being applicable in environments where the contaminant can be contained.