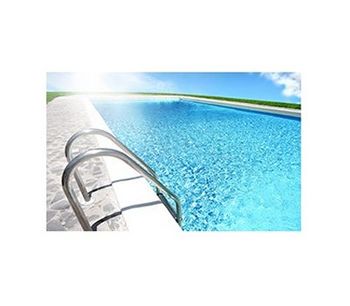 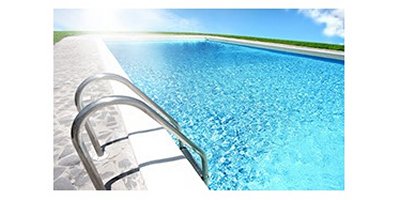 Ozone is a very effective alternative to chlorine and other chemicals as a disinfection agent in swimming pools. Ozone can safely prevent the formation of chlorine byproducts, such as chloramines and trihalomethanes which are potentially carcinogenic.

Chlorine used to disinfect swimming pools is widely recognized as a health hazard. New research suggests that children who swim frequently in chlorinated pools may have increased risks of developing allergies or asthma. Among adults exposure to chlorine in swimming pools has been linked with other health problems including bladder and rectal cancer and, possibly, an increased risk for coronary heart disease.

The odds of children developing asthma increases with exposure to chlorine, presumably mediated by nitrogen trichloride (NCI) (3) — a byproduct of chemical reactions between ammonia and chlorine that can damage the respiratory thin tissue in children and increase their risk of lung disease. In a study conducted from Catholic University in Belgium, researchers found that regularly visiting chlorinated pools is associated with an increased risk in developing asthma in young children.

Pools that are not properly chlorinated can cause rapid and excessive erosion of dental enamel, when acids wear away the enamel on a person's teeth. New York University (NYU) College of Dentistry's Dr. Leila Jahangiri told NYU's news publication 'improper pH levels can result in irreversible damage to one's teeth.' 'Case studies show that the effect occurs when the pH of the water ranges between 2.7 and 7.' In an epidemiologic survey made of 747 private club pool members published in the American Journal of Epidemiology, it was found that symptoms related to dental enamel erosion were reported by 3 percent nonswimmers, 12 percent of swimmers who were not members of the swim team and 39 percent of swim team members. The swimmers that were clinically verified with dental enamel erosion prior to the study trained regularly in the pool for competitive meets.

Swimming is popular among pregnant women because it can ease pregnancy symptoms while helping them maintain their muscle strength and relieve weight-bearing strain on the lower extremities. However, expectant mothers who swim in chlorinated pools can actually harm their fetus due to the toxic chemicals like chloroform, formed by a chemical reaction between chlorine and organic matter, says the U.S. Department of the Interior and the United States Geological Survey.

Bladder cancer has been linked to exposure of chlorine by-products in drinking water and through inhalation and dermal absorption. According to a study published in the American Journal of Epidemiology, researchers observed whether bladder cancer risk was associated with exposure through trihalomethanes (THMs) while swimming in pools. The results of the study showed participants who drank chlorinated water had a 35 percent greater risk of bladder cancer compared to their counterparts, and swimmers who regularly swam in chlorinated pools had 57 percent greater risk of developing bladder cancer.

The chlorine based chemicals used to disinfect pool water produce Chloramines due to a reaction with nitrogen-bearing compounds such as urea (from sweat and urine). Chloramines are very volatile and are passed into the atmosphere where they can be deposited on metal surfaces, decomposing in the condensate to form a corrosive solution. Repeated cycles of condensation followed by evaporation cause accumulation of these aggressive chloride-bearing compounds on above-water surfaces. These compounds are responsible for most of the metal corrosion problems found around swimming pools.

Over the life of the pool Ozone reduces the on-going operating and maintenance costs. These costs can be significant. Chlorine is famous for destroying pool infrastructures, rusting out ventilation systems and destroying pool liners etc. Ozone poses no such problems.

The Ozone pool will be much cleaner, which means dirt, grease, oils, organics and other materials will wind up in the filter system much faster than with chlorinated systems. That is why, proper maintenance of the filter system is important.

Part of the problem in adopting Ozone is that engineers, architects, pool builders and designers are not familiar with the technology. Some applications of Ozone, particularly systems installed 10-15 years ago were plagued with technical problems. Even though Ozone systems have been in regular use in Europe and other areas of the world since the 1950's, pools here have generally relied on chlorine. Since our engineering, architectural and other technical training have all been geared to Chlorine, it takes re-education to now apply Ozone. Many people in these industries are reluctant to 'shift gears' and take the time to educate themselves about the proper and successful application of Ozone.

What is the difference in technologies? Chlorine is a complex man-made chemical that found original use in the infamous 'mustard gas' of the First World War. Ozone has been in use for over 100 years, primarily in Europe and was first put to use for water purification, odor control and in medical hospitals (it is still being used medically today, though not commonly in North America).

Other benefits of ozone for swimming pools include: