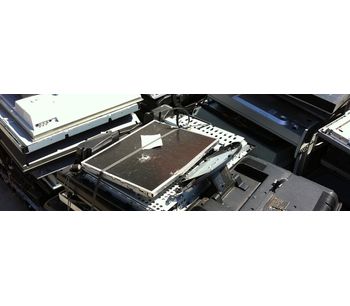 LCD recycling, however, is facing the technology with new challenges. Mercury containing tubes are installed in the LCD monitors, requiring special care when recycling. Due to this reason URT has developed a special workbench on which the capillaries can be safely dismantled, subsequently shredded and the mercury is distilled.

The changeover from cathode-ray tube screens to fl...

The changeover from cathode-ray tube screens to flat screens is presenting new challenges to the WEEE recycling industry.

Special care in recycling of these appliances has to be taken since the backlight of flat screens is consisting of thin-capillary tubes containing mercury.

URT Umwelt- und Recyclingtechnik and IUTA (Institut für Energie- und Umwelttechnik have been jointly realized a research- and development project, which examined the conditions of an as much as possible comprehensive and ecologically sustainable recovery. The project was financially supported by the German Federal Environmental Foundation (DBU).

In the course of this LCD dismantling project several thousand end-of-life screens have been collected from the usual mixed return flow and have been dismantled according exactly defined conditions.

One result of this study showed, that shredding of the complete devices is ecologically and for operational safety reasons not acceptable. During shredding process of mercury containing tubes the contained mercury is released (between 3 and 5 mg per tube, up to over 50 tubes per screen) and is contaminating the air, the working environment as well as materials. The control of mercury emissions is extremely difficult and the guarantee for a contamination free treatment of the end-of-life appliances is therefore almost impossible.

Due to this reason URT is offering a LCD dismantling line, with which the capillaries can be riskless removed.

In case a tube will break during dismantling or end-of-life appliances are already containing broken tubes, the inserted filter with mercury sink, specially developed for this application warrants a sufficient health and safety protection in accordance with TRGS 900. The occupational exposure limit (OEL) is always below.

A further extension of the dismantling line is the capillary shredder developed by URT.

Thus URT allows a safe shredding of the tubes dismantled and the recovery of mercury in a mercury distillery.